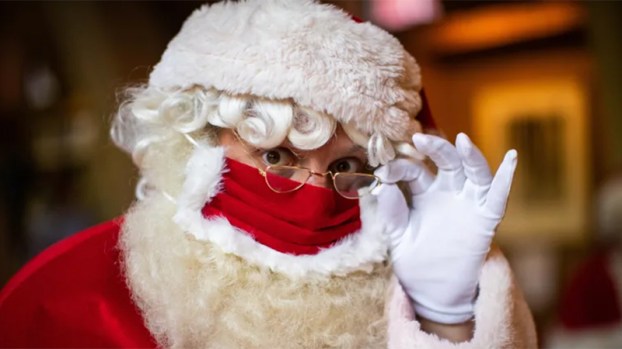 There may not be a parade in the traditional sense this year, but the folks at Port Arthur City Hall found a way to bring the Grinch, Santa and even snow to get the holiday spirit going.

In addition, sign-up has begun to receive a free Christmas meal courtesy of the city of Port Arthur through Mayor Thurman Bartie’s Christmas Meal Giveaway.

Christe Whitley, executive secretary for mayor and council, heads up the city’s annual parade, but COVID made for a change of plans.

“We were trying to be compliant with what they are asking regarding COVID,” Whitley said of the upcoming Christmas Drive-Thru giveaway. “This way we still get to share the holiday with our citizens.”

The event, which includes a free bag of goodies and a T-shirt, starts at 5 p.m. Dec. 12 at City Hall, 444 Fourth St. In addition, the Fancy Step Riders will distribute toys and food.

And there will be giveaways, too. Whitley and crew have gotten a number of gift cards from Walmart, H-E-B and some local eateries. In the past participants would be issued a number and winners were drawn from a pot. Since the city is not encouraging anyone to congregate, there will be an alternate way for the winners to be chosen that will be unveiled at the event.

Executive secretary Shanell Perkins and public information officer Cheryl Gibbs and Aleska Washington are part of Whitley’s crew, as well as Mike Flores and Shane Jennings of the city’s parks and recreation department, who put out the holiday signs.

Fancy Step Riders, a trail riding organization, will be on hand with the toys.

Demetrious Jenkins, vice president of the group, said she received a call from the city asking if they would be able to help. The answer was yes. This year marks the sixth year of giving toys in Port Arthur.

Jenkins was born and raised in Port Arthur and spent 20 years as a teacher in the Port Arthur Independent School District. Though she lives in Houston now, she still has a lot of family in Port Arthur, she said.

Fancy Step Riders has been around for approximately 15 years and started out as a nonprofit helping single moms and dads send their children to college. If a student were on the dean’s list, they would provide textbooks.

The group helped many people through the years.

Jenkins said the best part of giving back is getting the thank-you notes or seeing the smiles of gratitude and the hugs from the small children, many of whom don’t receive gifts at Christmas.

“We are just grateful to do this,” Jenkins said.

The organization will receive assistance in distributing items from MISTERS, a social and civic club in the city.

“We don’t look for any recognition,” she said.

Sign-up has begun to receive a free Christmas meal courtesy of the city of Port Arthur through Mayor Thurman Bartie’s Christmas Meal Giveaway.

Whitley said there is a limited number of meal baskets, 200, and citizens are asked to sign up at shineonhumanity.org

Once an individual signs up, a follow-up confirmation email will be sent confirming a pickup number and pickup time.

Shine On Humanity, described by the city as a nonprofit international disaster relief organization out of Houston, is partnering with Bartie “to bless families with a turkey and related condiments for a delicious Christmas meal.”

The city of Port Arthur has announced times and dates for early voting for the two City Council runoff races.... read more