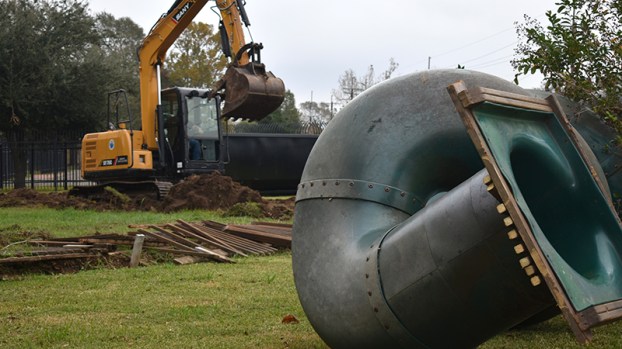 George Ballew of GB Demolition and Dumpsters uses an excavator to demolish Tugboat Island in Port Neches Riverfront Park on Tuesday. Ballew is doing the work for free as a way to help volunteers wanting to rebuild the playground. Mary Meaux/The News

PORT NECHES — Tugboat Island playground, which captivated the imagination of children for more than two decades, is no more.

GB Demolition and Dumpsters donated their time and service over the past several days to take down a structure that was once awarded the American Wood Preservers Institute Playground of the Century Award.

Constructed and funded by volunteers, the playground was built over an 11-day period in 1996.

And while COVID-19 led to the closure of all playgrounds for health safety reasons back in March, local leaders also noted the deterioration and aging of Tugboat Island. 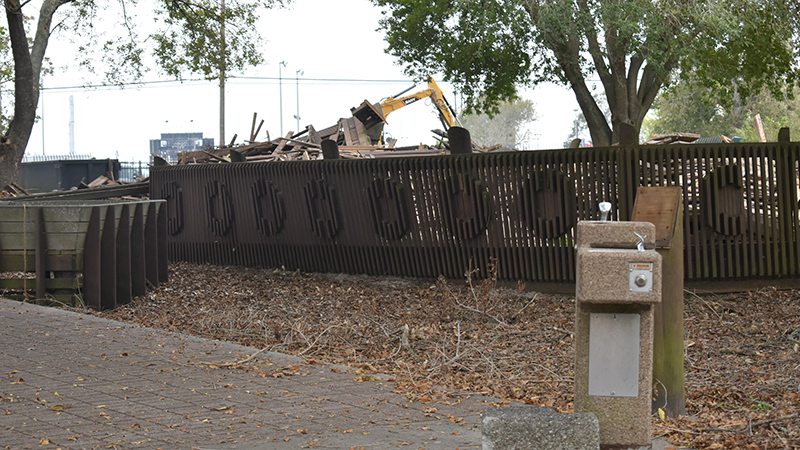 Not much of the structures at Tugboat Island in Port Neches Riverfront Park remained Tuesday morning as a demolition crew worked to level the site. (Mary Meaux/The News)

The dilemma and hope for the future

Rita Morgan learned of the condition of the playground earlier this year and contacted the city about renovations, but an inspection of the equipment needed be done first.

Leathers and Associates performed the inspection that deemed the playground unsafe, indicating the structure exceeded its life expectancy by almost 10 years.

A dilemma came in the form of three options:

City Manager Andre Wimer said the cost to construct a new playground is approximately $750,000 if the project is all-volunteer. That figure jumps to $1 million if Leathers and Associates is involved, which is the way it was when Tugboat Island was originally constructed.

With the city’s approval, Morgan is now working to restore Tugboat Island. She remembers when her son, now 22 and in the U.S. Army, played at the park and wants others to have the same experience with a new park.

The Port Neches woman realized repairs would just be a Band-Aid, considering the amount of structural damage the playground has.

“If we just build a new playground, this time it could go past 40 years,” Morgan said, adding today’s materials that would be used would last longer.

Morgan has a committee for the project — something that has taken a bit longer than anticipated because of COVID. There will be fundraisers in the future and local children will help design the playground just as they did 24 years ago.

Even before the demolition, Morgan had volunteers help dismantle some of the playground to be used in the new one and a container was donated to hold the items.

She doesn’t know all of the answers right now, as almost every step forward there has been a step back, thanks to hurricanes and COVID.

The project is progressing.

Morgan said they look forward to seeing what children want to see in their park design-wise.

“It’s all about the kids,” Morgan said. 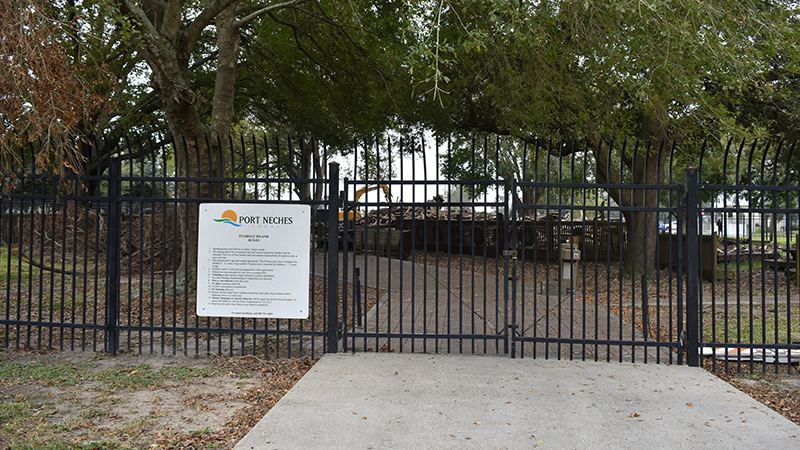 Mayor Glenn Johnson had a hand, quite literally, in construction of Tugboat Island as he worked as the general coordinator of the project alongside Zuetta Pinkston, Connie Seal, Jane Kubitz and Weida Philpott 24 years ago.

School children helped design the park and funding came through contributions. Approximately $234,000 was raised to build the park.

“It was all volunteer labor,” Johnson said previously. “We had so many people that were working that we put skilled labor positions pushing wheelbarrows. People came from all over; Port Arthur, Beaumont, Kountze, Silsbee and even Louisiana.”

He called it an incredible experience for the entire city of Port Neches and that by working together they cold accomplish anything.

They ended up building the largest park of its kind between Houston and Lake Charles.

Before Tom Neal could be asked about being named the Greater Port Arthur Chamber of Commerce’s Arthur E. Stilwell Award... read more