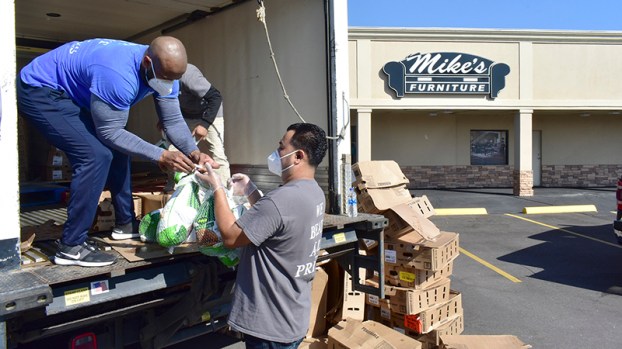 Wilkin Farias, left, and Chris Vega hand out turkeys to those waiting in a long line from Gulfway Drive to Memorial Boulevard. (I.C. Murrell/The News)

Vehicles lined up from as far as H-E-B on Gulfway Drive down the northbound shoulder of Memorial Boulevard on Monday to receive a free turkey and sides, courtesy Mike’s Furniture, 2420 Memorial Blvd. 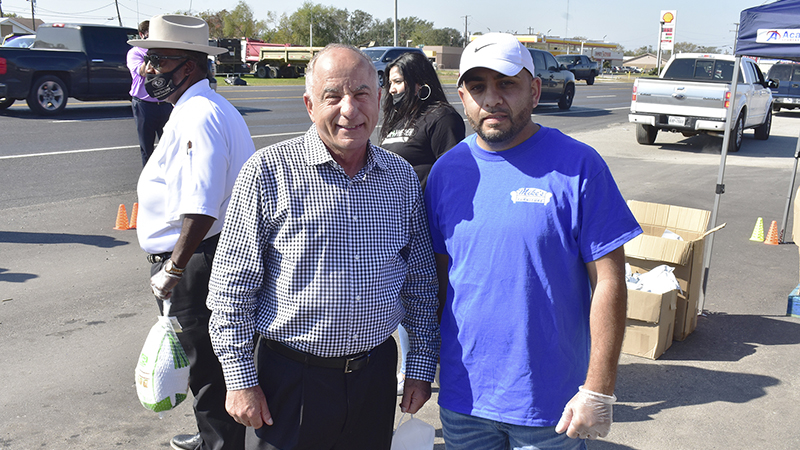 Mike’s owner Faddi Aref set a goal to give away 500 turkeys to reach out to more citizens in need of food for Thanksgiving. 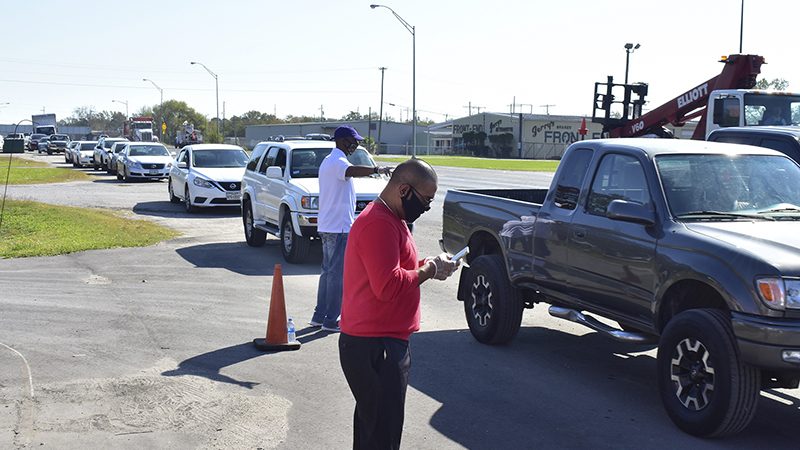 The 500-turkey drive at Mike’s Furniture addressed what store owner Faddi Aref, not pictured, called a greater need in the community, as evidenced by a long line of vehicles down Memorial Boulevard. (I.C. Murrell/The News) 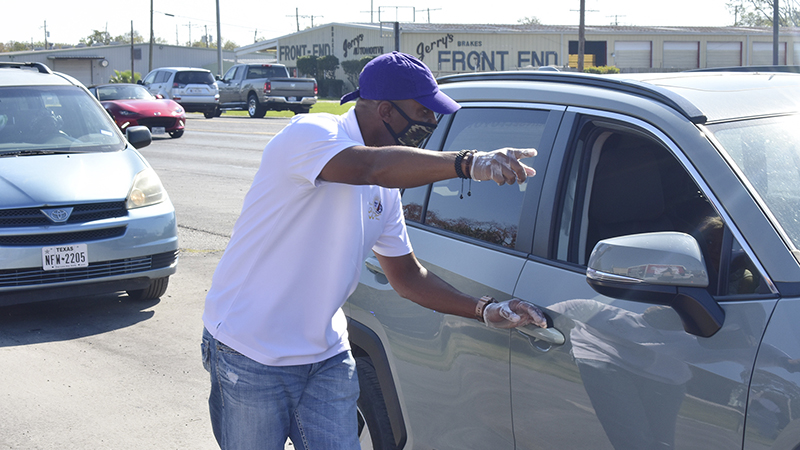 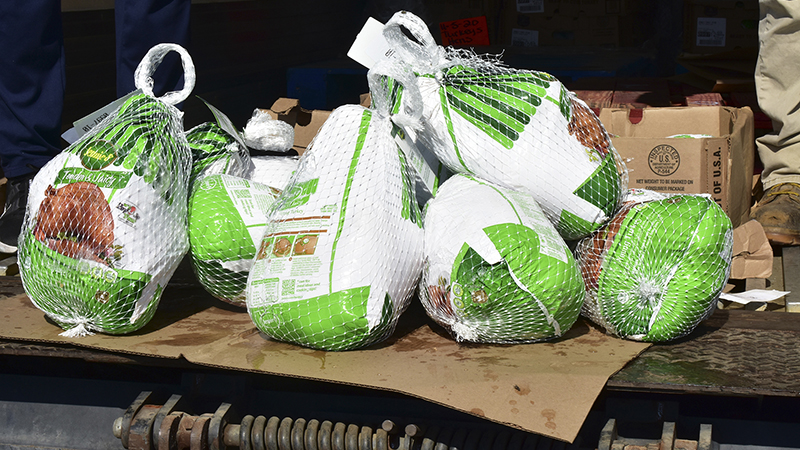