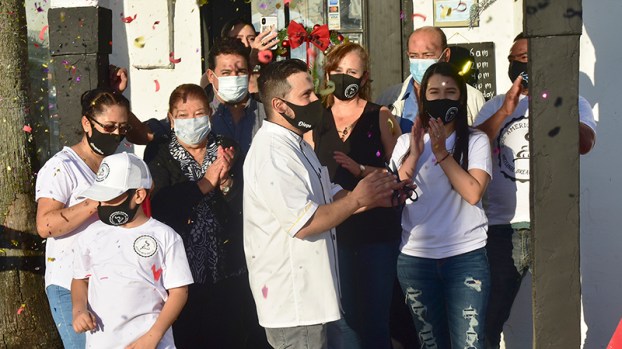 Confetti is popped as Diego Pulido and his family celebrate the ribbon-cutting of Los Americo’s Bakery on Sunday (Nov. 22). (I.C. Murrell/The News) 11-22-20 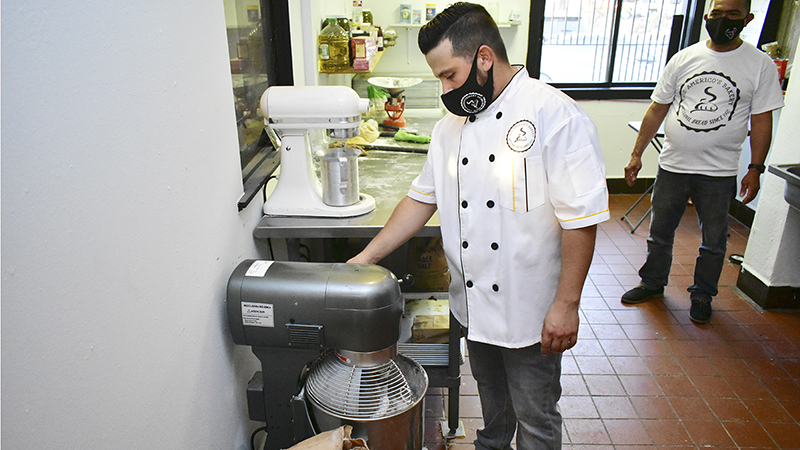 Los Americo’s Bakery serves a variety of breads, pastries and cookies, as well as coffee. It is located at 4040 Gulfway Drive at the location of the former Cotija Mexican Restaurant, across the street from Popeye’s.

“It’s because my wife is from here, and she told me, ‘Hey, you need to bring your bread. It’s a good bread. Everybody in my town likes it. You need to bring it here,’” said Diego Pulido, Los Americo’s owner and baker. “We want to try to please every people with every kind of flavor, and you guys are invited to be here anytime.”

Los Americo’s is named after his grandfather, Americo Pulido, who owned three bakeries in Cotija, Mexico.

“My father, his brothers, my cousin and me, we worked for him,” Diego Pulido said. “We have a lot of history. A lot of people know us.”

“Here, there’s other varieties others would like, like cookies, cheesecakes, more pastries than just bread, but the bread has a different flavor,” Valencia said. “You’ll want to come in here and try it out. I’m sure you won’t regret coming here, making the trip. It’s going to be good.”

Diego has lived in Port Arthur for five years and is married to Jessica, a native Port Arthuran. Another reason, he said, he wanted to open Los Americo’s is the family likes Port Arthur and wants the city to grow.

“We like it here because I think it’s a good place,” Diego said. “We have a lot of people around here.” 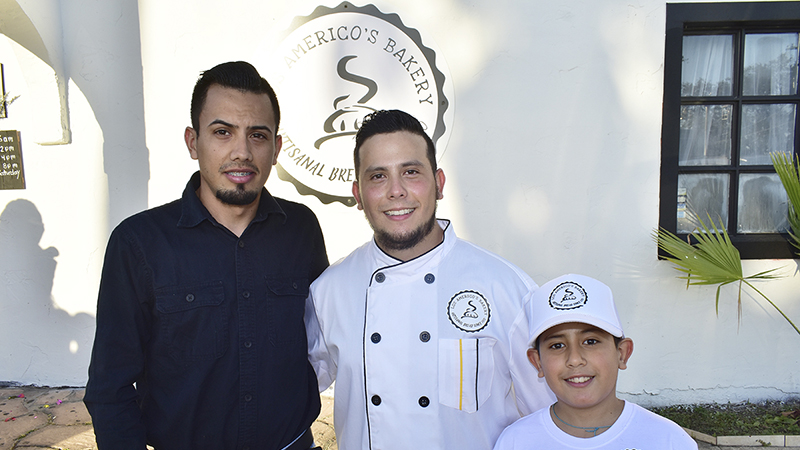 PORT NECHES — High school is not the time to kick back and take it easy — there will be... read more