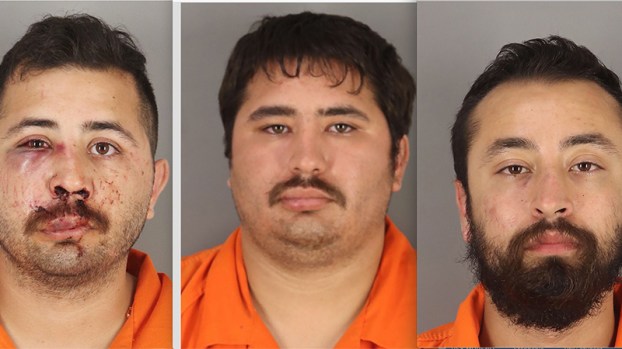 A Jefferson County grand jury has indicted three Mission, Texas, brothers for a fight where baseball bats were used and a firearm displayed.

Jefferson County Sheriff’s Office responded to the physical disturbance at 6:48 p.m. Aug. 23, where Javier Rodrigo Solis, 27; Miguel Anjel Solis, 24; and Marc Anthoni Solis, 25, reportedly, went to a home in the 100 block of Fifth Avenue in Nederland, and assaulted several individuals.

The caller told dispatch one of the men passed a firearm off to a silver Ford F150 pickup truck and fled the scene.

One of the men allegedly told deputies he had contacted the other two men and told them about a physical altercation at the residence so they returned with weapons to assault the individuals.

One of the men reportedly admitted he struck several people at the home and his two brothers aided in the assault, police said.

During the investigation, law enforcement was able to locate the baseball bat in the backyard of the residence.

All three were arrested on charges of aggravated assault with a deadly weapon.

The grand jury handed down the indictments this week.

The three men have since bonded out of the Jefferson County Correctional Facility.

MONT BELVIEU — On the first play in overtime, the Nederland Bulldog defensive line forced a fumbled that was recovered... read more