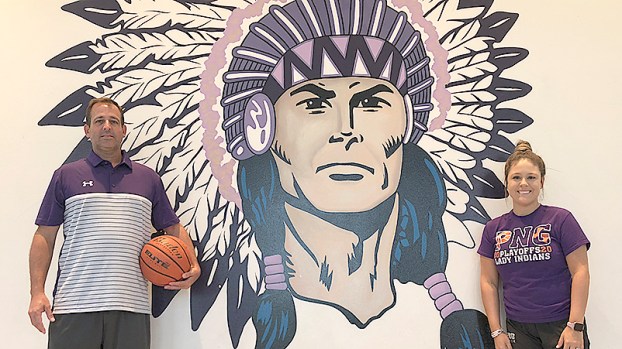 The team has started off the season 1-1 after a 53-49 win over Livingston Tuesday. Robertson took over the program earlier this year after serving as Bridge City’s coach.

As the team searches for its identity in the young season, Robertson said he hopes his team has very defined characteristics.

“I want (opposing coaches) to say they are gritty and tough,” he said. “I want them to win every 50-50 ball and dive on the floor and dive out of bounds. Whatever it takes to get the ball, I want them to be willing to do it.”

Robertson said he is happy that the season is finally underway given the current coronavirus pandemic.

“We are enjoying every single second of practice and every single time we get to play a game, we are very grateful,” he said.

PNG lost the first game of the season 62-37 to Silsbee Nov. 6. In that game, Shelby Letulle led PNG with 12 points. Robertson said she is one of the players happy to return to the court for the Indians.

The coach also touted senior Avery Girouard, who had 25 points in Tuesday win over Livingston.

“That was a career high for her,” he said. “She is realizing that there is not a second in the practice that she doesn’t go hard. From the stretching drill, to breaking it out at the end of practice, everything she does is 100 percent and that is what is making her such a strong player in the games now.”

Robertson said he hopes that other players see how hard Girouard practices and hopes it is infectious.

“There are days where they don’t realize how hard it is,” he said. “I think them seeing how she scored so many points the other night has helped in practice.”

Robertson said he is particularly excited to see some newcomers grow as well.

“We have a sophomore, Morgan Louvier, who got moved up to varsity last year,” he said. “She is filling the role of ball handler for us. Another freshman we have is also Emery Riley, who is also a ball handler.”

“(Shultz) is quite here often enough right now, because she is still in cheer,” he said. “She gets to come on the Tuesday games. She is a senior and she is doing a great job of being a leader in practice also.”

The Indians had a game against Orangefield Friday night. The Indians will host West Orange-Stark on Tuesday at PNG High School.

Home games in BOLD; all games at 7 p.m. unless otherwise noted

After having an experienced lineup last season, Memorial head basketball coach Alden Lewis is excited to see what his new... read more