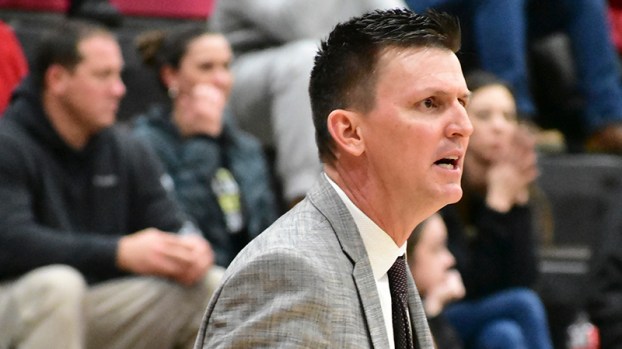 NEDERLAND — The Nederland Bulldog basketball team is trying to shake off the rust as it prepares for the first game of the season against Bridge City on Tuesday.

Head coach Brian English said a scrimmage helped, but they still have plenty of work to do before district play begins.

Last year, the Bulldogs finished the season 27-9 and made it to the second round of the playoffs, where they fell 46-34 to Shadow Creek.

The Bulldogs lost Hayden Hefner, who went on to play at Texas A&M, but have plenty of talent returning.

All-district players Tyler Jackson and Joseph Gipson, both seniors, return for the Bulldogs.

“Those two along with a two-year varsity kid in Joey Hebert, are our team captains,” English said.

English is excited to see junior Charles Olsen play this year after he played a little as a sophomore.

Olsen will be running the point this year.

“He has done real well so far,” English said. “We are excited to see his development. We also have a kid named Paxton Packman. He came off the JV for us this year and is playing well for us. He is a 6-4 senior.”

English said one player might come over from the Bulldogs football team, but that is not certain.

English said he is excited to see how his squad matches up with the tough competition in the district.

“We have three of the top-10 teams in the state in our district,” he said. “Many other teams got in the playoffs last year. It is probably one of the toughest, if not the toughest, districts in the state. It is going to be tough. Every night you have to be ready to play.”

Beaumont United, which is expected to do well this year, dropped down to 21-5A after realignment.

The game-by-game grind of the district play will harden the Bulldogs, English said.

“We have to get ready for it,” he said. “Luckily, our preseason is pretty stacked. We are going to get challenged every night in the preseason as well. We don’t have too many easy ones. You have to do that. If you don’t, come district time, you are going to be surprised.”

The family links are my favorite part of the November/December edition of Greater Port Arthur The Magazine. One of the... read more