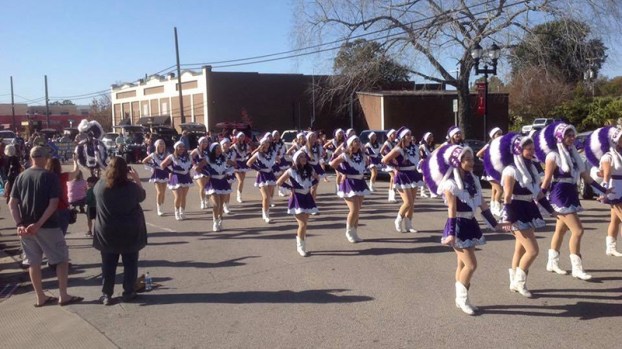 A scene from the December 2018 Christmas Parade in Port Neches. There was not parade in 2019.

PORT NECHES — In a year filled with the unexpected, including a pandemic, there’s reason to celebrate and do so while following social distancing guidelines.

The Port Neches Christmas Parade is back this year after skipping 2019 due to the TPC explosion.

Port Neches Chamber of Commerce Executive Director Debbie Plaia said organizers have switched to golf carts and marchers as a way to socially distance and celebrate.

“We’re excited to have something downtown,” Plaia said. “Businesses have been struggling since TPC. It’s been a year since and our downtown businesses were hit the hardest.”

The parade is a multi-faceted plus for the city: a joyous occasion, adhering to social distance guidelines and a draw for shops and businesses that are in need of customers.

“I’d like to encourage the dance studios. You don’t have to go all out, just be there, and wear your Christmas shirts. Let’s make the best of this,” Plaia said. “We are also encouraging marching groups and bands. It will not be a long walk.”

Terry Schwertner, the chamber’s president, believes the switch to golf carts will be a big draw for those participating.

A recent golf cart parade held as a fundraiser for Neches Brewing Company included as many as 50 golf carts participating, Schwertner said, probably more entries than a regular parade.

To enter the parade

There is no entry fee to participate in the parade, Plaia said.

Applications to enter are due Dec. 2.

Interested persons can call the chamber at 409-722-9154 or email pncoc@swbell.net

This will not be a boring parade, from what organizers are saying.

Parade watchers have a chance to grab some candy and see some festive golf carts.

Plaia said they will be on the lookout for the best decorated golf cart.

“So go big and let’s get into the spirit,” she said.