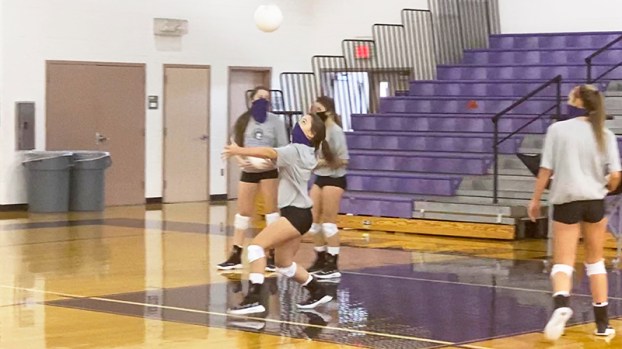 The win moved PNG to 5-6 in district play with only a Friday match against Memorial remaining on the schedule. The game is scheduled to start at 6:30 p.m. at Port Neches-Groves High School.

The contest does not have any playoff implications, PNG head coach Brittany Fruge said.

“We played so well,” she said. “I think the biggest thing I am pleased with is how much heart they showed on every single point and how together they played. They were one unit and had one goal: to focus on the small things we were working on in practice and apply them to the game.”

“I saw a lot of mental toughness (Tuesday) and a lot of leadership from everywhere,” Fruge said. “All the way from our freshmen to our two seniors, it was just a team effort. There is nothing like that when everyone comes together. It was a great feeling.”

The win was the first time PNG defeated Nederland in volleyball since 2018 and the first Mid-County Madness victory for Fruge.

“I feel like this young team has really surprised their coach,” Fruge said. “They have played above their age. The maturity they played with blew my mind. I could not be more proud of them.”

The coach said she wants to see her team continue its improvement against Memorial.

“I want to see them continue to take the things we work on in practice and put it in to play on the floor,” she said. “Hopefully that will get us some momentum heading into the playoffs.”

Fruge said PNG will likely play Friendswood Nov. 19 or Nov. 20 in the 5A bi-district round.

PORT NECHES — With The Bum Phillips Bowl on the line, down a score with time dwindling, the Port Neches-Groves... read more