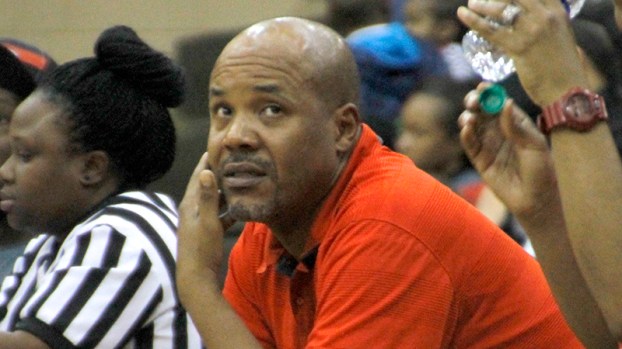 The Memorial girls basketball season is underway in Port Arthur.

After starting the season with a loss to Humble, the Lady Titans rebounded with a 47-25 win over Baytown Sterling on Tuesday.

“We’re still getting adjusted to each other,” Memorial head coach Kevin Henry said. “We have a couple of new faces in the mix. We have some returning faces that are playing different roles this year. We are still adjusting somewhat, but I feel pretty good about the season.”

Henry is happy to have started the season, which was not always a foregone conclusion in the midst of a pandemic.

“Looking at the end of last year, with the boys state tournament getting canceled and everything, this season wasn’t guaranteed,” he said. “Just to be able to get back out there on the court, give these kids a chance to compete and possibly go onto the next level and play is a blessing.”

Henry is excited to see familiar faces wearing the black and red.

“Our point guard Jordan Duncan is returning,” he said. “She is a senior for us. Along with her, we have another senior guard in Arianna Chandler. We are expecting some big things out of them. We also have Erial Fontenot, a junior, who has been a real bright spot for us in these first two games. We also have Rayona Haley, who is an undersized post, who is very aggressive. She gives us some quickness on the defensive side.”

Fans can also expect to see some new faces lacing up for the Lady Titans.

“Last year, we had a couple of girls that came and played varsity for us,” Henry said. “They were up and down the whole season from JV and varsity. Cyniah Mercer is coming from volleyball along with Gabrielle Roy. Both are sophomores. We also have two new faces in Jonaae Biggs, who is a freshman. She is going to play a big role for us this year.”

Fontenot and Biggs led the team in points Tuesday with 11 and 12, respectively.

Duncan has emerged as a team leader through the first two games.

“She has been in foul trouble in these first games,” Henry said. “As long as she can stay on the floor, the is our floor general. The girls tend to follow her lead. If she can stay out of foul trouble, she can help carry us a long way.”

When the Titans walk off the court after games, regardless of the outcome, Henry said he wants his team to have a distinctive identity.

Home games in BOLD; all games start at 7 p.m. unless otherwise stated

PORT NECHES — With The Bum Phillips Bowl on the line, down a score with time dwindling, the Port Neches-Groves... read more