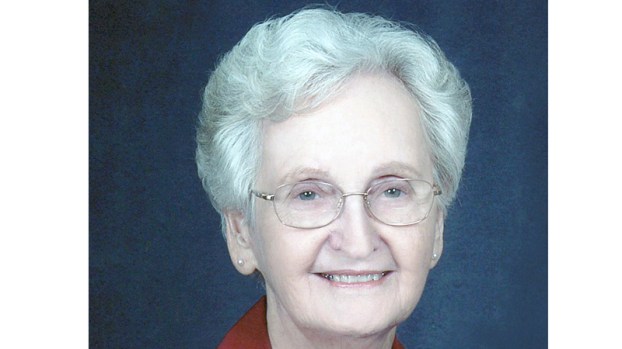 She had just turned 90 in August, and she and Hugh had just celebrated their sixty-eighth wedding anniversary.

Doris was born on August 20, 1930, in Carthage, to Lucille and Reedie Colemon.

They lived in Corpus Christi while Hugh was in the United States Navy.

After he was discharged, they moved to Nederland where Hugh went to work at Gulf Oil, and Doris started working at General Electric in Beaumont for about three years.

After having two daughters, Doris went back to work at Langham Elementary, as an aide and later became the school secretary.

She worked for the school for a total of twenty-one years.

Hugh and Doris joined Hillcrest Baptist Church in Nederland in July of 1956.

They worked on the benevolence committee at the church.

Doris became known as the “Pie Lady” because she had made probably more than one thousand pies over the years, and everyone loved her chocolate and coconut pies.

She is preceded in death by her parents and siblings, Buddy; Robert; Gene; and Jimmy Colemon.