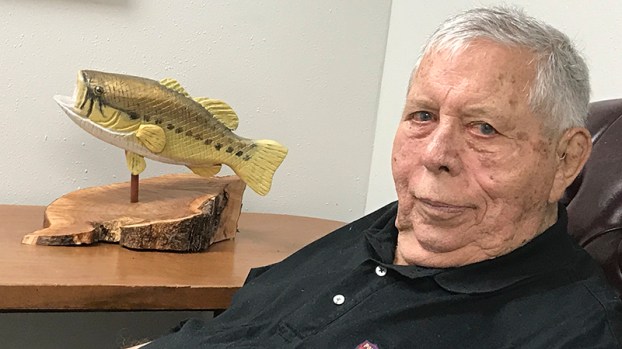 CARL PARKER — What’s happening to my hometown of Port Arthur?

It seems that not so long ago, one could not find a parking place on Procter Street. There were four or five movie theaters in Port Arthur, and per capita wages were among the highest in the state, as well as the United States.

School teachers were paid higher than almost any other district throughout the state; it was the first school district to install 12 grades.

Labor unions, churches and civic clubs were all active, and Port Arthur controlled this part of the state politically, having two state representatives, a senator, a former state senator who had been elected governor of the state and a big say in all the local county offices.

This has been brought to mind due to the fact that I recently received notice that my club, the Founder’s Lions Club of Port Arthur was going out of existence.

I remember the day when the Founder’s Club, which has lasted for 100 years, met in the ballroom of the Goodhue Hotel, attended by 50-60 or more concerned citizens of Port Arthur.

Church parking lots were full and civic activities were always well supplied with ready volunteers. Things like the United Way, CavOILcade, parades and other celebrations were all well attended.

Unfortunately, our civic clubs have dwindled, membership in labor unions, churches and other civic minded organizations are on the downturn. There are more members of the Port Arthur Greater Chamber of Commerce who live outside the city limits of Port Arthur than in.

The question we all face as those who care about our home town is: what can we do to restore Port Arthur to where it once again can be dubbed an All-American City?

In my opinion, the thing most lacking in Port Arthur today is unity of mind, purpose and the ability to put aside racial differences. Additionally, lack of adequate vision by our city leaders who for the past few years seem to be more interested in dividing our city for their own political purposes rather than honoring and carrying on the great history of the city.

Industry has made great promises when seeking tax breaks in the form of tax abatements, and yet it seems the promises of more jobs and more good residences of Port Arthur have never followed.

There has been too much transmission of bad air from our industry and too little attention to enforcement of city codes bringing about a shabby appearance to our city. Historic icons of our city have been ignored, taken for granted and appear to deteriorate seriously — items like the locomotive on Gulfway Drive, the Vulysteke Home, White Have and the old Woodworth mansion.

We have failed to take advantage of Pleasure Island as well as Lake Sabine; failing to market them as recreational opportunities that need developing. While Lamar State College located in Port Arthur continues to grow, it is not adequately supported by the community, few people show interest in supporting the girls softball team or the basketball Seahawks and other activities sponsored by the college.

Nonetheless, I still have some serious recommendations of how to get Port Arthur back on track.

I strongly recommend carefully selecting our city leadership, making sure they have a vision for the future and a healthy respect for the history of Port Arthur and cleaning up our city by strict enforcement of our codes.

There is no reason for our city not to demand and strictly enforce requirements that owners of property keep the grass cut, keep junk from accumulating and allowing dilapidated structures to simply fall apart on their own, rather than being taken down and hauled away.

We need to reform and unite many of our defunct civic clubs and have them adopt worthwhile projects to improve the appearance and quality of life in our city. Truly active civic clubs could beautify our city, rescue failing, historical buildings and other facilities. Including multi-cultural membership could greatly assist in understanding between citizens of various backgrounds.

We should encourage attendance in churches, synagogues and mosques depending on our religious beliefs and practice of which we are taught at those places.

We could and should demand more in exchange for tax abatements.

One good idea would be that any industry receiving a tax abatement, the chief executive of the Port Arthur facility be required to live within the city limits.

We could further design such abatements so that industry continuing to exceed dangerous emissions into our atmosphere, soil or water; the abatement would immediately be discontinued and taxes re-imposed.

Most of all, we as Port Arthur citizens need to renew our pride in our city and its assets. I have lived in the city of Port Arthur for 86 years and fully intend to spend what days I have left in the city I love.

Even at 86 I am not too old to dream of when Port Arthur was great and when and how it could be great again.

As we enter the homestretch of the high school football season, Mid- and South County’s three 5A teams each have... read more