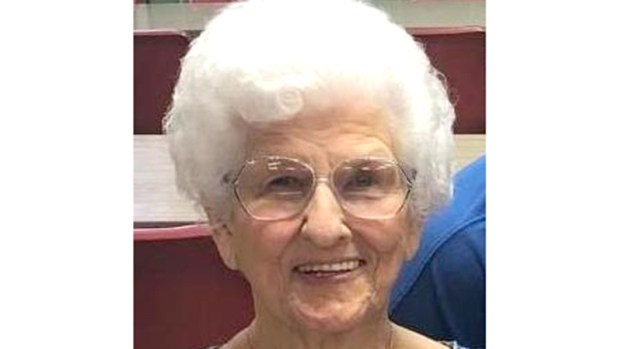 On the morning of October 22, 2020, Mary Lou Simon Jackson of Groves, TX, passed away in Baptist Hospital in Beaumont, Texas.

Lou was 86 years old. She was a member of Immaculate Conception-Saint Peter the Apostle Parish in Groves, Texas.

Lou was born in Hearne, Texas on June 8, 1934 being the second born and youngest child of Mary Louise Rose and Robert Rhodes Hilburn.

After graduating from Hearne High School in Hearne, Texas, Lou worked for the Texas Pipeline for two years.

She worked in Dee Simon’s State Farm Insurance Office as an Insurance Secretary.

She continued to work along his side in the agency as well as supporting his goals with the Knights of Columbus.

Through their joint efforts in selling insurance and working in service to the church through the Knights of Columbus, Lou and Dee enjoyed countless life-long friendships and trips both domestically and internationally during their 36 years together.

In September 1992, Lou was blessed to marry her second love, Barry Jackson.

They served in this capacity for 19 of their 23 years of marriage.

Barry’s love of golf provided the opportunity for them to travel domestically with golfing friends.

When the men hit the links, the women would find the malls.

Lou enjoyed many things throughout her life.

In her younger years, she liked to dance, played the clarinet, and performed in school plays during high school.

As an adult, she enjoyed knitting, reading, crossword puzzles and was a published poet.

In recent years, she truly enjoyed going to the casinos, but she LOVED winning the best!

Over the years, Lou was honored as a published poet.

She has entries in four different books of poetry; The Poetic Voices of America, National Library of Poetry, Selective Works of Our World’s Best Poets, and International Collection of Poetry and Prose.

Her love of family brought her joy at the kind of people her children and grandchildren had become.

She was happy to see her great grandchildren following in those footsteps so early in their lives.

A 10:00 a.m. Mass of Christian Burial will be held Saturday, November 14, 2020 at Immaculate Conception-Saint Peter the Apostle Parish. Burial will follow at Greenlawn Memorial Park.

Due to the Covid-19 crisis we are currently in, all visitors to the funeral home and the church are required to wear facemask or covering and practice social distancing as mandated by the State and County officials.

Margarette DeLaCruz, 86, passed away on Wednesday, November 4, 2020 at her home surrounded by loved ones. Margarette was born... read more