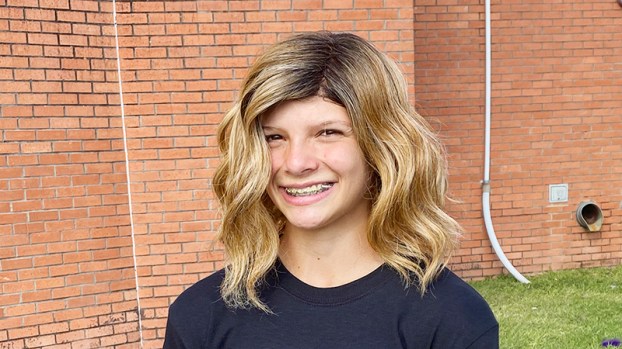 Last week, the multi-sport athlete won the District 21-5A individual championship and is heading to regionals with her team.

“It was amazing,” Page said. “I was so happy when I finished. I was so surprised it happened.”

While Page might have been surprised, Tanner said her finish was no accident.

The team runs three timed miles every Thursday. Tanner said Page has worked on improving that time each week.

“She looks at every meet that we have gone to,” he said. “She looks at district competition. When we come out of a meet and she would tell me that she was still first in the district. She was paying attention early on to how she was doing against those Barbers Hill girls and Nederland girls. She wasn’t worried about West Brook. She still wanted to win, but she paid attention.”

Tanner said Page’s determination is rare for a freshman.

“Five years ago we had a group of freshmen come in and we won district on the girls side,” he said. “That was the strongest group I had ever seen come in. Other coaches in the area noticed that group. There talent was up there, but the dedication and the commitment that Katherine has are on another level. That’s not bashing those girls. It’s just her commitment level is something I haven’t seen before in my seven years at PNG.”

Tanner said Page is also a vocal leader on the team.

“When we break, she is the one that says ‘One, two, three, Indians,’” he said. “For a freshman, that is amazing. She is loud. She is proud and all in. Anytime you get a kid to buy all in to a program and herself, it shows on the course and the classroom.”

Page said being vocal comes naturally along with her competitive drive. She has a competitive family.

“We play card games,” she said. “When we win, it is on. It is amazing. My mom and I are the most competitive.”

PNG will compete in the 5A Region III meet in Huntsville on Tuesday.

BEAUMONT — When the final whistle blew on the Memorial Titans’ 20-0 shutout over the Beaumont United Timberwolves, the Titans’... read more