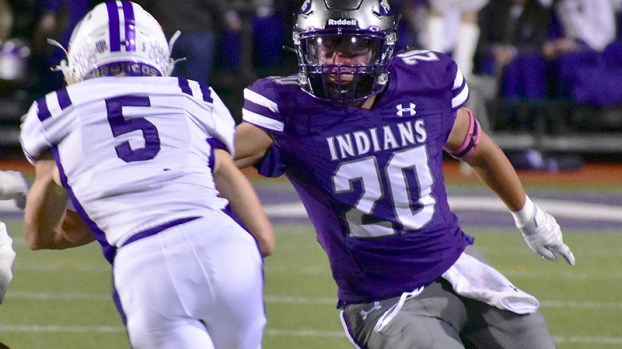 PORT NECHES — After turning in one of their most dominant performances of the season in a 42-20 win over the Dayton Broncos, the Port Neches-Groves Indians look to stay unbeaten as they travel to Barbers Hill.

The game is set to kickoff at 7:30 p.m. Friday at Eagle Stadium.

“(Last week’s game) felt good,” PNG head coach Brandon Faircloth said. “Dayton is a good team and a quality opponent. We started really fast. Christian (Sullivan) got an interception on about the third play of the game and we scored two plays later. It was good to start fast.”

The game was the first of the season in which PNG never trailed. Faircloth was pleased with his defense and said he hopes it carries over.

“Dayton has a good offense,” he said. “We bent a little bit, but to get that fourth-down stop on the goal line was huge. We gave up a few big plays, but we stopped the run. We played really hard and tackled a lot better.”

After the goal-line stop, the offense drove the ball 96 yards to score.

PNG defensive coordinator Jayce Nelson said he has been proud of his unit’s effort, adding they play hard every week.

“We work really hard in practice and every single day they come out to show us exactly what they know how to do,” Nelson said. “They do exactly what they are coached to do. That is why I am proud of those guys. They fight hard and never give up.”

While PNG looks to keep pace with top-ranked Crosby Cougars, the Eagles will look to get back in the win column after dropping a 34-7 decision to the Cougars last week.

“They are well coached,” Faircloth said. “They do a really good job over there. They have a great scheme and really good players. They are tough to beat. They aren’t going to beat themselves. We have to earn everything we get over there.”