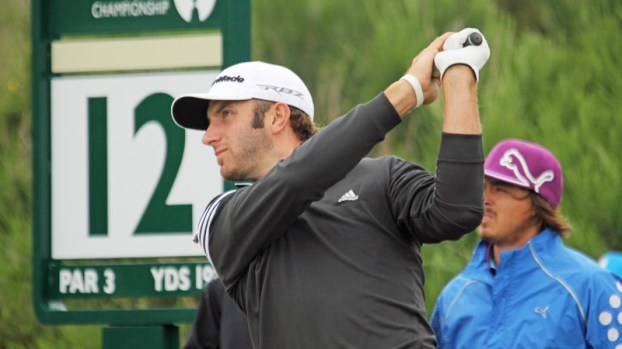 No matter who wins this week’s 73rd playing of the Houston Open – officially it is the Vivint Houston Open – history is going to be made on several levels.

For openers, it will be the first PGA Tour event in the United States since the COVID-19 shutdown in March to allow a limited number of spectators (2,500). Then, of course, there’s the return to Memorial Park after the near-downtown layout’s $34 million facelift. And the tourney will be grabbing attention as a lead-in to the first-ever November Masters.

Throw in world No. 1 Dustin Johnson atop a field that includes eight of the OWGR’s top 16, and 16 of the top 50, along with a terrific weather forecast for the entire week, and it appears Houston Astros owner Jim Crane will be duly rewarded for his efforts to keep alive an event that looked doomed a couple of years ago.

Johnson will be joined by the likes of Brooks Koepka, Jordan Spieth, Adam Scott and Jason Day, plus rising stars Tyrrell Hatton, Tony Finau and Victor Hovland and old-timer Phil Mickelson to give the HO plenty of name appeal. Factor in the mystery of a Memorial Park layout few tour pros had seen before this week and the stage is set for a more intriguing-than-usual off-season tournament.

Port Neches-Groves alum Andrew Landry and Lamar ex Dawie van der Walt provide the local rooting interest. Chris Stroud would have been there but he had to turn down a sponsor exemption because ongoing back woes have forced him off the tour indefinitely.

Stroud, though, does have some course insight after having played Memorial Park during a grand-opening event. He mostly gives the redesign work of architect Tom Doak and Kopeka, his PGA Tour consultant, a thumbs up.

“I though Doak did a good job,” Stroud said. “The greens are phenomenal, but I thought they took out too many trees. Players better stay out of the rough. It’s gnarly and slick. I really like the risk-reward par 5s and the drivable par 4s. The course is not overseeded and tee lines are very difficult to see. About 50 percent of the landing areas are blind.

“There are some severe slopes around the green. Pay attention to what happens around the 9th green. The tour needs to be really careful with some of the pin positions.”

Now for some more of that history. This will be the 13th course debut since the first Houston Open at River Oaks was won by Byron Nelson in 1946, and the third different time it’s been at Memorial Park. Most glamorous of the hosting venues was Champions from 1966-71.

I couldn’t write this column without a mention of my dear friend, Billy Tubbs, who passed away Sunday at 85.

Most of you knew Billy as the feisty, up-tempo coach who put Lamar University basketball on the map, before going on to develop Oklahoma as a year-in, year-out national power in the 1980s.

I knew Billy that way, too, and my respect for his coaching skills put him in the all-time top three of coaches I was blessed to write about. The other two were Bum Phillips and Jimmy Johnson. Indeed, when we launched the Port Arthur News Homecoming Roasts, Tubbs was the honoree who followed Jimmy (1988) and Bum (1989).

I also knew Billy as an ever-improving golfer and I learned a lot about what made him such a successful coach from seeing how intensely he competed in what became grudge matches after his return to Lamar in 2002. Our matches took place everywhere from Beaumont Country Club, to the Palms at Pleasure Island, to Belle Oaks, even in Las Vegas.

He beat me more than I beat him, mostly because he worked me for strokes before a round like he relentlessly worked officials. The money I lost was worth the insight I gained. We stayed in touch after he moved back to Oklahoma and I was happy to learn he made a second hole-in one at age 83.

Rest in peace, Billy. You were truly one of a kind, a coach who changed the way college basketball was played and undisputedly the best thing to every happen to LU athletically. No quote ever inspired me more than the one you delivered prior to scaling an unthinkable mountain at Lamar.

I still clearly remember you saying, “Your only limitation is your imagination.”

You lived it. You proved it.

Pepper Gross of Nederland scored his first ever hole in one Monday at Babe Zaharias. Gross sank an 8-iron from 125 yards on the second hole. Witnesses were Bobby Duhon and Brian Duhon.

PNG ex Braden Bailey shot even par 72 at Woodforest Golf Club to finish T47 in Monday qualifying for the Houston Open. Last year, you may remember, Bailey created quite a splash by making the cut and finishing T51 after getting a sponsor exemption into the final HO played at the Golf Club of Houston.

In the Monday Senior 50 Plus 2 ball at Zaharias, the team of Calvin Landry, Bob Byerly, Raymond Darbonne and Art Turner won the front with minus-4. On the back, there was a tie at minus-1 between the team of Earl Richard, Gary Fontenot, Don MacNeil and Paul Duplantis and the foursome of Kenny Robbins, Larry Reece, Tony Trevino and Richard Menchaca.

The Super Saturday 2-ball at Zaharias saw the team of Richard, Danny Robbins, Harrel Guidry and Bobby Hicks win the front with plus-1. Plus 2 won the back for Marr Lawson, Troy Touchet, Ronnie Hicks and Danny Harrington.

— Golf news may be sent to Bob West at rdwest@usa.net.

The Memorial Titans are healthy and rested coming off a bye week as they prepare for a Thursday matchup against... read more