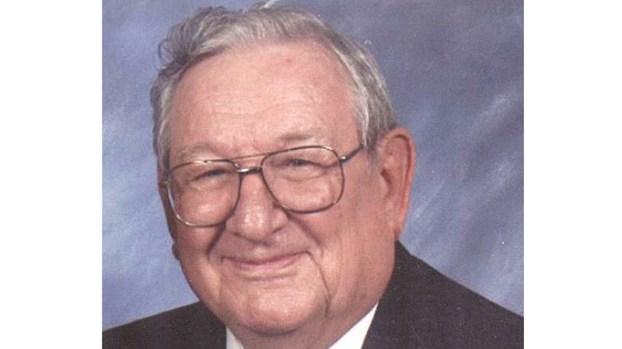 John was preceded in death by his parents, Emile Gustave Patin and Ruby Dobbs Patin, his beloved wife of over 50 years, Bernice Fullilove Patin, and sister Ruth Patin Dawson.

John graduated from high school in Port Arthur in 1943 before serving in World War II as 1st Lieutenant and pilot for the Army Air Force.

He flew the C-46 on cargo missions in the Pacific theatre including routes from the Philippines to Japan.

Thereafter, John received an associate’s degree at Lamar College before working at Gulf Oil Refinery as analytical tester for over 36 years, retiring in 1985.

John was ordained as active deacon in 1975 at First Baptist Groves, later serving as deacon and trustee of First Baptist Church Port Arthur.

His hobbies over the years included golf, reading, television programs and vegetable gardening.

His easygoing manner and sense of humor served him well throughout life.

Visitation for family and friends will be held at Levingston Funeral Home in Groves on Friday, November 6 at 10 a.m. with funeral following at 11 a.m. A private burial will be in Greenlawn Memorial Park.

Memorial contributions may be made to First Baptist Church, Port Arthur, Texas.