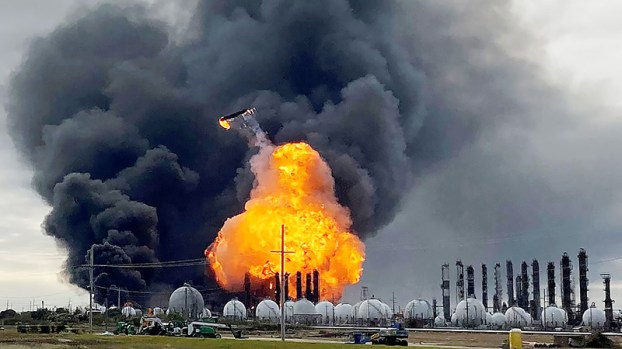 PORT NECHES — The U.S. Chemical Safety and Hazard Investigation Board revealed a factual update of its ongoing investigation into the TPC Group Port Neches Operations explosions that occurred the day before Thanksgiving in 2019 and rocked surrounding areas.

According to the update, a “major loss of containment” of butadiene led to a vapor cloud that ignited at 12:56 a.m. on Nov. 27, 2019, resulting in an explosion that created what investigators call “a pressure wave” that damaged the facility and caused damage to homes, schools and businesses within a short drive of the location and resulted in temporary shelters-in-place. A preliminary investigation just days after the explosions resulted in the same finding.

The Board is analyzing equipment and system design, as well as what regulations, training and operations were involved at the facility before the incident. A date for the full completion of the investigation was not projected.

The Board does not enforce penalties.

TPC initiated a separate investigation into the event and has “cooperated fully with all federal, state, and local agencies,” company spokesperson Sara Cronin said.

She added TPC’s employees have been encouraged to cooperate.

TPC’s Port Neches facility, according to the update, manufactured 1,3-butadiene, which is primarily used to manufacture synthetic rubber, and raffinate-1.

Butadiene is a flammable liquid with a flashpoint below 100 degrees Fahrenheit and is “highly reactive with several undesirable reactions,” the update states.

“Another potential undesirable reaction that can occur between oxygen and 1,3-butadiene is the formation of popcorn polymer. Popcorn polymer, if left uninhibited, grows exponentially. When popcorn polymer growth is left unabated inside process equipment, the accumulated material can generate very high pressure inside the equipment and can ultimately lead to equipment rupture.”

Approximately 6,000 gallons of butadiene was emptied from a fractionator in less than a minute, the investigation found. The liquid vaporized and formed a vapor cloud.

Explosions also occurred at 2:40 a.m. and 1:48 p.m., according to observations noted in the investigation.

Two TPC employees and a security contractor were injured. The update noted three workers were in the affected South Unit of the facility, and two of them were facing toward the final fractionator A.

Both told the Board after the incident they saw a pipe rupture.

The unit was reportedly operating normally when the night shift began on Nov. 26, 2019, the Board reported.

Popcorn polymer was known to form in the South Unit before the incident. A TPC employee, according to the Board, noted the emergency pressure-relief valve on a heat exchanger bundle pulled from a methyl acetylene removal tower reboiler on or around Sept. 10, 2019, “was plugged solid with popcorn and polymer.”

TPC Port Neches had experienced polymer fouling problems since July 2019, the Board reported.

“TPC is committed to continuously improving its operations, and to understanding CSB’s perspective,” Cronin said. “While the CSB has been conducting its investigation, TPC already has begun implementing a comprehensive program to review its systems for identifying and mitigating butadiene hazards. TPC has an Operational Excellence program in place with dedicated resources to address risk mitigation at our sites.”

TPC will “take actions to address any CSB concerns as appropriate” upon completion of the CSB investigation and final report, Cronin also said.

NEDERLAND — A Vidor man and a Nederland man are dead following a homicide/alleged suicide in Nederland, according to police.... read more