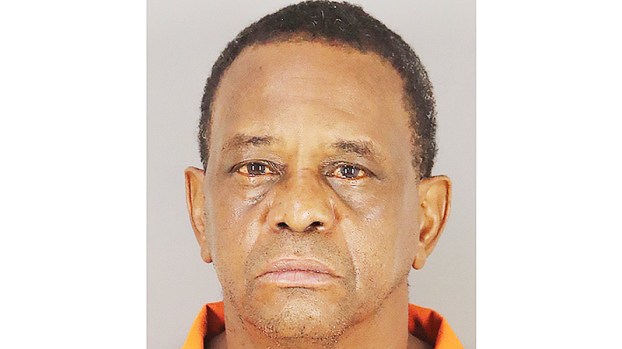 Authorities say a Port Arthur man grabbed a female family member by the neck and threw her down, then punched a senior citizen in the face when he tried to intervene.

Joseph Karl Barker, 62, was indicted by a Jefferson County grand jury this week on a charge of assault on a family member and injury to the elderly for the July 31 altercation.

Police contend the female victim, 65, was at a neighbor’s house in the 8500 block of Davis Street when Barker approached and asked for a cigarette.

When she refused he reportedly became aggressive and violently grabbed her by the back of her neck and threw her to the ground, according to the probable cause affidavit for his arrest.

She told police he caused her pain and she had a headache for several days after.

A 69-year-old male neighbor reportedly approached Barker to get him away from the women and he struck the neighbor on his mouth with a clinched fist, causing him pain.

The alleged assailant fled on foot.

An officer went to The Medical Center of Southeast Texas and spoke with the male victim who was there receiving treatment.

While there he learned Barker had returned to the Davis Street address. He was arrested and also brought the hospital for his injuries

It was noted in the document that Barker has a previous conviction for assault on a family member.