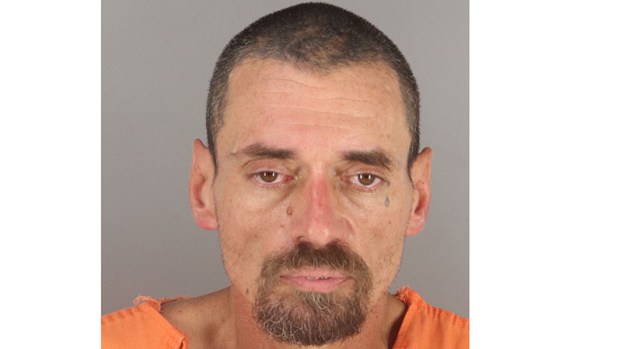 A Nederland man has been linked by authorities to stealing tools from a couple who hired him as a handyman this summer, then stealing a truck from Pasadena and being in possession of drugs days later in July.

Randy Lee Schofield, 47, is listed as a resident of Nederland as well as a transient in the court documents.

According to a probable cause affidavit for his arrest, Schofield was hired to do some handyman jobs for a Beaumont couple. On June 22, they asked Schofield to paint some wood trim inside their home. He agreed to the job but needed paint brushes.

Police said the female left for approximately 30 minutes to get the paint brushes but when she came back Schofield was no longer there.

That’s when she noticed numerous power tools missing, as well as an air compressor purchased the previous day.

Also missing, according to the document, was a welding machine, cordless drill with charger, air compressor hose, Craftsman table saw and an unknown brand skill saw. She told police no one else was at the home when she left.

A warrant was issued for Schofield’s arrest.

On July 1, a Nederland patrol officer alerted a detective of a brown Chevrolet Tahoe at the intersection of South 21st Street and Nederland Avenue believed to have been involved in a felony theft. For probable cause to stop the vehicle, the officer noted the vehicle did not have a registration sticker affixed to the front window.

The Tahoe was stopped and the driver, Schofield, asked to step outside. The officer reportedly noticed a clear baggie on the ground near the back left tire, the document stated.

The clear crystal-like substance in the baggie was found to be 0.9 gram of methamphetamine.

In addition, Schofield said a friend let him use the vehicle but the plates came back to a blue Chevrolet pickup truck, which was confirmed stolen from Pasadena. He was taken to the Jefferson County Correctional Facility.

A Jefferson County grand jury this week indicted him for felony theft with prior theft convictions, unauthorized use of a vehicle and possession of a controlled substance, methamphetamine.

Schofield remains in the county jail on bonds totaling $70,000.

GROVES — Cristina Flores’ journey with breast cancer was unexpected but made better with faith. Flores, a Groves resident, was... read more