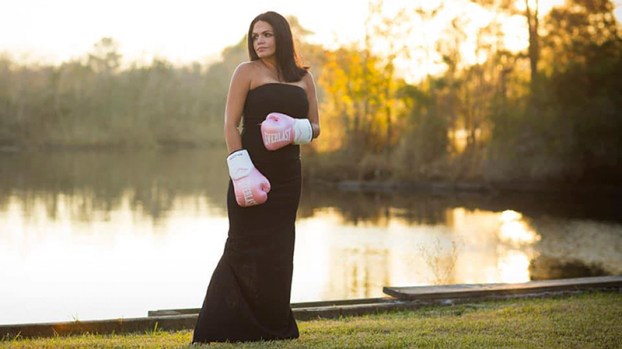 Cristina Flores shows her soft side and tough side in dealing with breast cancer. Photo courtesy of Luke Mauldin Photography

GROVES — Cristina Flores’ journey with breast cancer was unexpected but made better with faith.

Flores, a Groves resident, was reluctant to tell her story at first because her case — in her words, wasn’t that bad.

“It wasn’t easy but it could have been much worse,” Flores said from a relative’s home in Beaumont earlier this week.

She was already dealing with some personal issues when on Sept. 21, 2019, she found a large-sized lump. Instead of rushing to the doctor, she waited weeks before going. 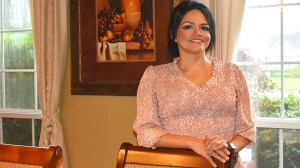 She had a mammogram Nov. 1 that showed something suspicious and by Nov. 11, 2019, she was diagnosed with invasive ductal carcinoma, HER 2 positive, estrogen positive breast cancer.

The diagnosis of breast cancer was a shock. No one in her family has had it and a BRCA genetic test confirmed she did not carry the gene. She is also in her 40s, an age range where breast cancer is not typical.

On Dec. 4, 2019, she had a chemotherapy port placed in her chest and days later started six cycles over 4½ months. Her last chemo was March 20.

In May she had a lumpectomy and lymph node removal on her left side. By then the treatments had shrunk the cancer considerably.

During the battle with cancer she did a few things for herself. She did a “cold cap” system, which freezes the hair follicles to cut down on the loss of hair from the chemo.

She also opted for the lumpectomy instead of mastectomy.

“I didn’t want to have it (breast) removed,” she said. “It was a chance to take. The doctor said I have a higher chance of it coming back elsewhere.” 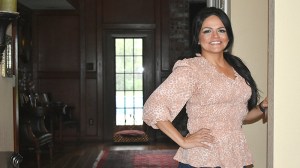 Her faith in God has guided her along the journey and the prayers from friends and family have made a positive impact.

“I stood with faith,” she said. “Every chemo treatment I took along a prayer.”

Many of the prayers came from a godchild that wrote verses on a chalkboard, which she took with her during treatments.

Family friend Brenda Villafano said Flores has always been a strong and kind woman. And, more importantly, an incredible mother to her son who is doing great things in his life thanks to the constant support and encouragement from Flores.

“I was surprised to hear of her breast cancer news at such a young age but Cristina has shown so much faith in God during this process. It is something to be admired,” Villafano said. “She is such a brave woman and has an army of people who love her and will support her during this journey. I’m blessed to call her my friend.”

Flores also derives strength from those who have traveled this path before her.

Flores had no symptoms to signal anything was wrong. At the time she found the lump, she was not actually doing self-checks.

She asks others to be aware of their bodies.

“If you feel something strange don’t put it off and don’t think it can’t happen to you,” she said. “Stay positive in faith in God. I had to lean heavily on faith.”

She also advises those going through cancer to have a good support system.

The Groves woman worked full time in the supply chain in the oil and gas industry during her journey with a few exceptions.

But her journey isn’t over. Though cancer free as of May 29, she then underwent radiation treatments. She still has scans scheduled for next week. And she is dealing with lymphedema in her left arm as a result of the removal of her lymph nodes.

She continues to move forward in her journey guided by her faith in God and prayers.

Gift of Life, Philpott host “Get in the Pink” for breast cancer survivors

NEDERLAND — The Julie Rogers Gift of Life Program modified its annual “Get in the Pink” luncheon that raises awareness... read more