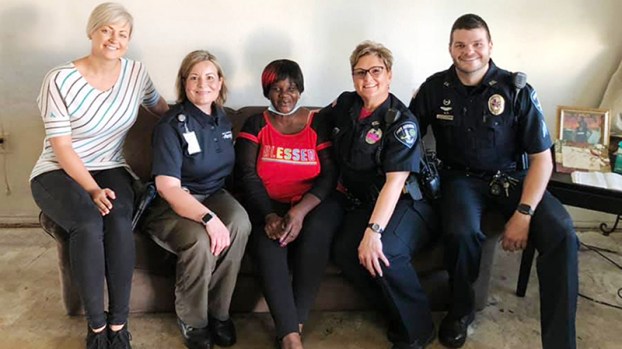 Good deeds should not go unnoticed.

The group was able to donate a new sleeper sofa, as well as a microwave, sheets and other household necessities to Betty Asberry.

Rowe got to know Asberry — who is raising her sister’s three daughters — over the past year-and-a-half.

“She is a very loving, selfless woman,” Rowe said. “She receives no type of financial assistance for these girls; she struggles like the rest of us. We just wanted to do something nice for her.” 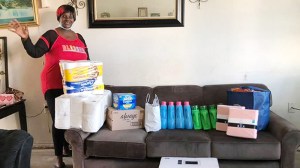 A collection was started at the police department to help get the girls some school uniforms, and then Rowe hooked up with Autumn Brown, who was able to get the couch, microwave, sheets and other items for Asberry.

Rowe, a veteran police officer, is one of a number of certified mental health officers with the PAPD. She works closely with the Spindletop Center, as well as local hospitals and mental health authorities.

The officer said Asberry is a proud woman, always grateful for anything done for her and has never asked for any type of assistance.

The donation was captured in photograph on PAPD’s Facebook page this week.

Brown, with the non-profit organization SETX Civilian Task Force, said the group has been helping with disasters since Hurricane Harvey.

“Our program addresses disasters. A disaster can mean something to everybody,” Brown said. “The goal is to try and help as many people as possible.”

There may be a man suffering loss from a house fire or a husband experiencing the loss of his job and struggling with food or school supplies.

Brown said she doesn’t want the recipient to feel like they’re receiving charity — “we want to preserve their dignity in a respectful way.”

The SETX Civilian Task Force has worked with numerous other groups and helped not only local individuals but also people in need in other states.

“It’s important for people to know we’re all in this together and in order for it to be successful we have to work together because when you are vested in your community, as (the police) are, it all works for the greater good,” she said.

While it is easy to for people to discern that the ghouls and goblins running around your neighborhood in search... read more