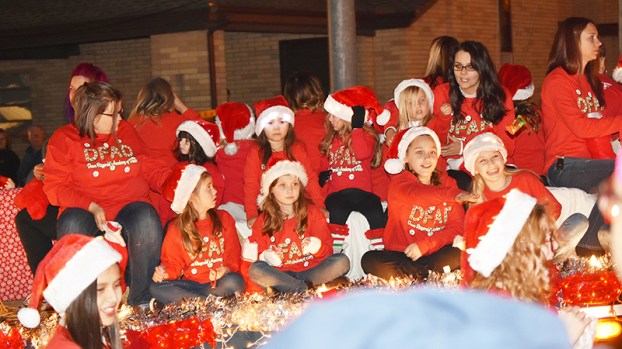 NEDERLAND — The 2020 Nederland Annual Lighted Christmas Parade has been canceled due to COVID-19 pandemic concerns.

Mayor Don Albanese said the decision to shutter the event, traditionally hosted by the Nederland Chamber of Commerce, was a group one, noting he spoke with the city manager, chamber, Port Arthur Health Department and Nederland police chief and, “everybody seems to think we should cancel, so we did make that decision (Monday).”

“It wasn’t so much for the people marching in the band and everything, but it’s for the people in the crowds on the sideline,” Albanese said. “They will be shoulder-to-shoulder, and there will be a lot of grandparents bringing their kids to see the parade. They are the people we don’t want to get in this situation.”

On Tuesday, the City of Nederland received information that the number of total positive COVID-19 test results increased to 489 with four new positives.

The confirmed number of active cases on Tuesday were 65, with the number of deaths in 2020 associated with COVID-19 of local residents at 11.

Prior to this week’s decision to cancel the Christmas parade, the city council already agreed to cancel city-sponsored Monsters in the Park, the Veterans Day ceremony and Christmas on the Avenue.

Nederland Chamber of Commerce President/CEO Diana LaBorde said the only thing worse than disappointing this many people would be to hold the event and have people get sick and possibly die.

“I know that sounds dramatic, but this is unprecedented,” LaBorde said. “We had to reach out to people who know about these things. We have to go on their recommendation.”

This year’s holiday drive will piggyback on a Chamber-led effort that took place during the initial COVID outbreak and “shelter in place” order that collected “massive amounts of food,” LaBorde said.

“We are actually going to start that back up and gear it towards Thanksgiving and then another wave towards Christmas because that’s when Community Care Prayer Outreach really needs the donations,” she said. “We are going into the winter months and people are hungry and still not working. Our friends and neighbors are needing help right now, and we absolutely will be doing that.”

The parade cancellation is an unfortunate break for the community, which has enjoyed the event for approximately 15 consecutive years.

Organizers boasted that the Dec. 3, 2019, event was the largest, evidenced by a record 84 entries accounting for 137 parade spots.

Organizers have already set the time for the 2021 Christmas parade and are working to make sure the Dec. 7, 2021, edition restarts a beloved community tradition.

A Nederland man charged with a 2017 crash that killed a Kirbyville woman has entered a plea agreement for 10... read more