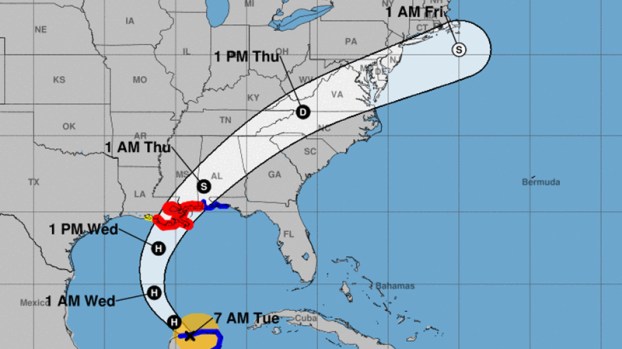 7 am TUESDAY UPDATE: Zeta moving toward northwest at near 14 mph

At 7 a.m. Tuesday, the center of Tropical Storm Zeta was located inland over the northern Yucatan Peninsula approximately 45 miles east of Progresso and about 540 miles south of the mouth of the Mississippi River.

Zeta is moving toward the northwest near 14 mph, and this general motion is forecast to continue Tuesday.

Zeta should turn toward the north Tuesday night, and a faster northward to north-northeastward motion is expected on Wednesday.

Maximum sustained winds are near 70 mph (with higher gusts. Tropical-storm-force winds extend outward up to 140 miles from the center. 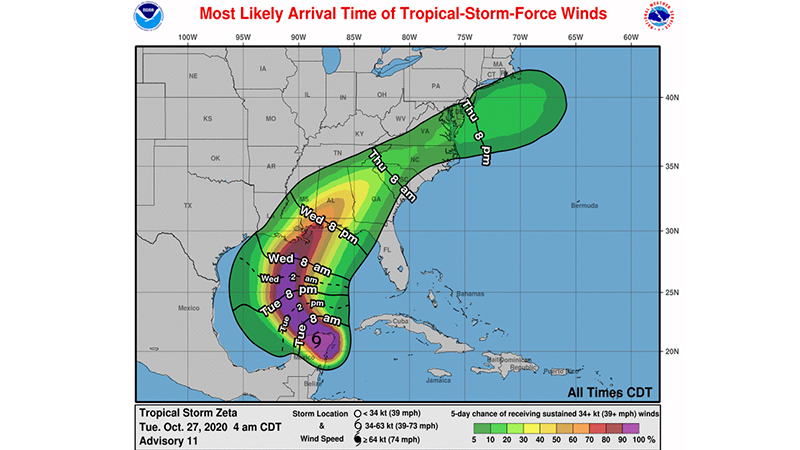 Zeta is forecast to re-strengthen when it moves over the southern Gulf of Mexico later Tuesday morning, and become a hurricane again later Tuesday.

Zeta is forecast to be at or near hurricane strength when it approaches the northern Gulf Coast late Wednesday.

Rainfall totals of 4 to 8 inches, with local amounts of 12 inches, are possible through Tuesday along and east-northeast of Zeta’s track across the Yucatan Peninsula of Mexico and the Cayman Islands. An additional 1 to 3 inches of rain will be possible across western Cuba through Tuesday.

The former downtown Port Arthur News building being converted into a community and business development center for the city is... read more