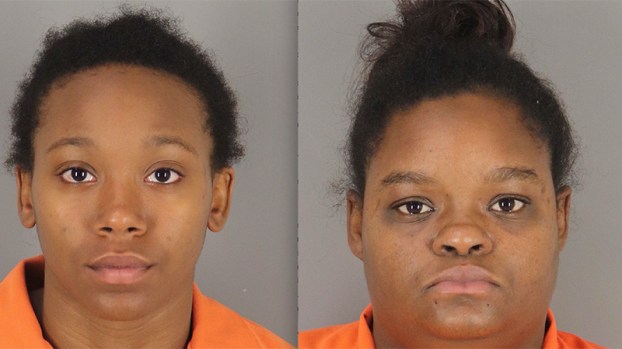 A fight between three women, one of which was struck in the head with a crowbar, led to two arrests and indictments.

A 26-year-old female victim was sitting inside her vehicle with her children in the 4100 block of Jimmy Johnson Boulevard when Lynnisha Battiste and Camryn Jenkins assaulted her, according to the probable cause affidavit.

Two days later a detective interviewed the suspects in the parking lot of Valley View Estates, where Jenkins allegedly said she hit the victim as she sat inside her vehicle because when she approached, the victim was armed with a knife and she felt threatened.

During the fight, Jenkins said, Battiste hit the victim with the crowbar twice in her head. The victim exited her car and chased Jenkins away from the scene while armed with a knife.

Battiste elaborated a bit more during the interview with police, authorities said, adding she had met her ex-girlfriend “A” to help remove belongings from the victim’s car. Supposedly the victim and “A” were breaking up and she was going back to Battiste.

After gathering the belongings, Battiste said she saw Jenkins strike the victim and the fight ensued.

During the fight Battiste reportedly reached inside the driver’s side window and attempted to take a stick away that she was using to hit Jenkins with.

This happened while Jenkins was fighting with the victim who was seated inside her car.

The victim exited the drier’s side seat and reportedly approached Battiste with a knife “so she hit her twice the head with the crow bar.”

The women were arrested and later bonded out of the county jail.