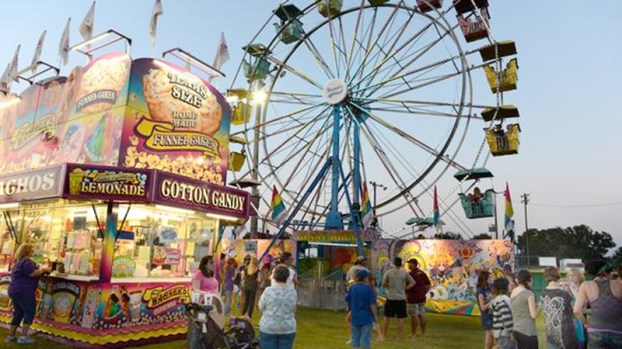 To Groves Chamber of Commerce Executive Manager Ronnie Boneau, it’s a weird feeling to not have the Groves Pecan Festival go on this year.

But, there’s a bright side it for him:

“It actually gives me more time to do other work instead of trying to cram everything together,” Boneau said. “Once we get into the festival, we have pageants and festivals and vendors and the carnival, and you have entertainment. You pretty much jump in, run it and you’re trying to do your regular chamber job, too, so that’s pretty tough.”

Since first helming the position in 2007, Boneau said this is the first year he’s been able to stay on top of his chamber work during the usual festival season. The Pecan Festival, which celebrated its 50th anniversary last year, was canceled in April in response to the coronavirus pandemic.

Boneau said the chamber board of directors made the festival the first in Mid- or South County to be called off.

“When you put on a festival, you have to put out so much money, as far as what you’re doing,” Boneau said. “You can’t afford to put out the money and be halfway through it and say, ‘Oh, we’re not going to have it.’ You’ve lost that money. We don’t have the excess money built up.

“Nobody really knew anything about the pandemic. We called it off, and we got a little criticized for that.”

The Festival was originally scheduled to take place this weekend.

The chamber established the Groves Pecan Festival in 1968, a year before the first event, as a celebration of the harvest from 6,000 pecan trees planted in 1910. It began as a one-day affair and included the naming of a community leader as “Mr. Groves.”

The first pageant associated with the festival was held in 1970. Since then, the festival had grown into a nine-day event.

In 1991 the Texas Legislature declared the event the official Texas Pecan Festival as a tribute to Texas agriculture, pride and quality of life. Three individuals, Boneau said, ran the festival separately from the chamber from 2004-14, but in 2015, when the chamber reacquired the festival, it reverted the name to Groves Pecan Festival.

Hurricane Humberto affected the Texas coast in 2007, forcing the chamber to move the festival from September to October, Boneau said. The October event brought cooler weather for visitors, and the festival remained in that month each year since.

The festival has reached out to special-needs life skills students in the Port Neches-Groves Independent School District, inviting them to carnival rides and games (each participant receives a prize) at no cost starting at noon every Friday before the festival.

Other popular events include “Cooking with Pecans,” a pecan toss and a pecan pie-eating contest.

Discussions on the possibility of a 2021 Groves Pecan Festival are ongoing among chamber board members, Boneau said.

“The question is going to be, are we in position yet?” he said. “Normally, we have a meeting in November. The board lays down what the events are, and the events are pretty much the same. Once in a while, you’ll add or subtract one. Do we have enough knowledge to do any of the events we normally do, or are we in the same boat we were in April?”

Still, Groves has some community-oriented events to which residents can look forward.

The Christmas Tree Trail of the Groves is an event in which participating businesses are open to the public between 1 and 5 p.m. on Nov. 22, the Sunday before Thanksgiving. Boneau said the Trail serves as a kickoff to Christmas season.

Small Business Day, an unofficial national holiday, will be observed in Groves on Nov. 28.

Also, the Groves Lighted Christmas Parade is still on tap for Dec. 5.

A Port Arthur man has been indicted for assaulting his 78-year-old grandfather. Richard Gabral Moody, 28, of Port Arthur was... read more