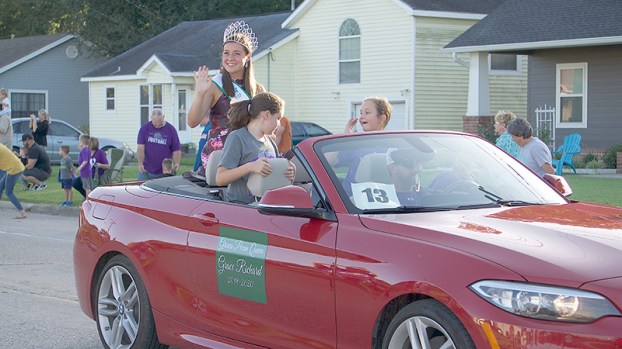 Each year, three lucky ladies get a shot to receive a scholarship worth between $500-$1,000 to go toward college expenses.

With the cancellation of the Groves Pecan Festival due to concerns regarding the coronavirus pandemic, the money usually slated for the scholarships are going toward operating costs for the Groves Chamber of Commerce.

The queens’ division of the pageant is the only one that has an opportunity to win the money, said Ronnie Boneau, executive manager for the chamber.

“A sophomore could win it, but they would not receive it until they graduated,” he said.

The chamber does not raise money specifically for the scholarship, which is pulled out of a pool, Boneau said.

“It would still be in the big pot, but since we didn’t have a festival, we didn’t raise any money,” Boneau said. “We’re having to try and live with all the money we made last festival. That is going to be a big question mark as far as looking down the line. There is not a lot of expense when you are having the festival. There are still expenses like taxes and stuff like that.”

The executive manager said funds from the festival cover the cost of the festival and there is money the chamber makes.

“That is what the festival is for,” he said. “It is for the community and to keep the chamber afloat.”

Boneau said some students participate in the pageant for the majority of their lives to get a shot at the crown and scholarship money.

“That’s the sad part,” he said. “When girls get to be seniors, like this year, this is their last shot. They may have been in the pageants since they started in the first category and a lot of them do that. When they get to be seniors, that is their shot at a scholarship.”

“We give them the option of giving the check to them or to their college,” he said. “Some winners have chosen for us to send it to the school to go towards tuition. Some have asked for the money so they could go get a laptop or pay for books. The board chose to give them the choice. It doesn’t matter if it’s for clothes as long as it is for college.”

Boneau said he is disappointed that the chamber will not be able to present scholarships this year but is hoping that the pageant will be back and better next year.

Groves Police Department officers made the following arrests and responded to the following calls from Oct. 14 to Oct. 20:... read more