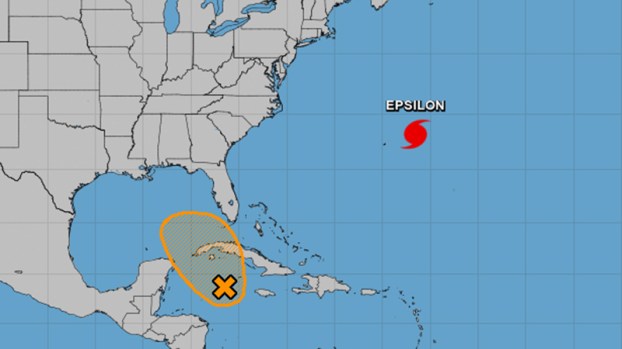 UPDATED: Tropical Depression could move into Gulf by early next week

The National Hurricane Center is monitoring a weather system Friday that could balloon to a Tropical Depression near Cuba this weekend.

Environmental conditions appear conducive for further development, and a tropical depression will likely form during the next day or two while the low drifts toward the northwest.

It has a 70 percent chance of formation during the next 48 hours and five days.

The system could move near western Cuba by Sunday and move slowly across the southeastern Gulf of Mexico by early next week.