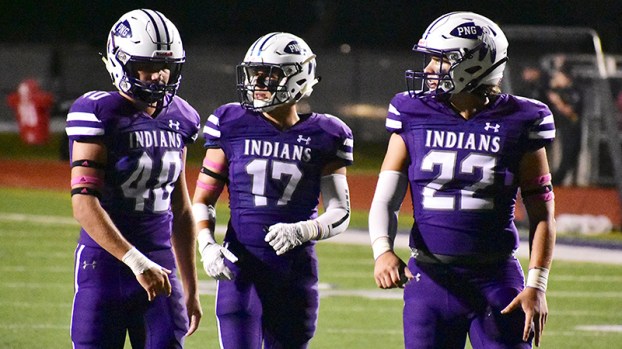 PORT NECHES — A win for Port Neches-Groves tonight would start off District 12-5A Division II play in the win column, start their Bum Phillips Bowl rival Nederland with a district loss and give the PNG seniors a chance to go 3-0 against the Bulldogs for their high school careers.

“That’s one of the best parts about this week. It’s Nederland. It’s Mid-County Madness. I don’t have to get our kids ready to play,” PNG head coach Brandon Faircloth said. “They understand the magnitude and the seriousness of it. They understand it is also a district game for us. There is a lot on the line. There are no pep talks I have to give. They are focused and want to play the game. They are ready to work hard.”

Faircloth knows rival games have a chance to come down to the wire and hopes previous games helped his team prepare.

“Those three non-district games are extremely important to get us ready for district, but whenever district gets here, it goes up a notch and you stack Nederland on top of that, it magnifies it,” he said.

A late comeback against Memorial fell short for PNG in the first game of the season. The Indians lost 38-32 in overtime.

The following week, the Indians stormed back to beat Beaumont United, 40-37, before dropping a contest to Tomball, 30-27.

“That’s what I hoped our non-district schedule helped us with,” he said. “When you play Port Arthur Memorial and Beaumont United and Tomball, you are preparing your team for those types of situations. We’ve been to overtime this year, we’ve won a game in the fourth quarter and we lost by three points in the fourth. We’ve been in close games against good competition. Hopefully, that’ll be part of the formula for success for us in the district this year.”

PNG has won the last two matchups, meaning the senior class could complete the sweep with a win Friday.

Senior running back Dejaunte “Dede” Conner said the win would mean a lot.

“It would be great,” he said. “They are a good team. It would be something I love. It will definitely be a good game.”

While PNG has won the last two games, Nederland has won 7 of 10. Since the introduction of the Bum Phillips Bowl Trophy, the record is tied at 3-3. Faircloth said he knows winning the tiebreaker will not be easy.

“They are well coached,” Faircloth said of the Bulldogs. “Coach (Monte) Barrow and his staff do a wonderful job. They have good players. They have been a successful program for a long time. When you add all of those factors, they are going to be a tough team to beat. They play great defense and protect the ball.”

A win Friday would put either team one game closer to the magical four-game mark, Faircloth said.

“Everyone is searching for four wins,” he said. “There are seven district games. Four wins will pretty much get you into the playoffs. I think all of us look at the schedule. Everyone in our district is well coached and has good players. Each week you have to be at your best to give yourself a chance to be successful. It’s a tough district. Every week, we are trying to build towards four wins.”

The Memorial Titans will travel to Galveston Ball to try to keep their record unblemished. Kickoff is set for 7... read more