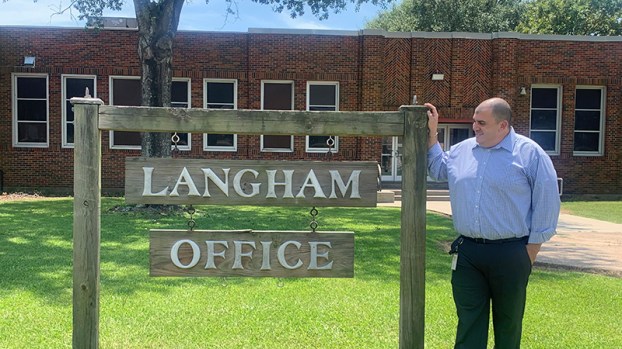 NEDERLAND — Toby Latiolais didn’t seem to want any of the spotlight, instead dedicating the accomplishment to his team members and the community. 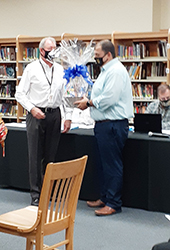 The Langham Elementary principal was called to center stage this week by Nederland Independent School District Superintendent Dr. Stuart Kieschnick for special recognition in front of the school board.

Langham Elementary was named a 2020 National Blue Ribbon School in September, joining only 12 other schools from Texas in receiving the “Exemplary High Performing School” honor.

Latiolais said the recognition is a testament to the teachers and staff.

“They make it really easy for me,” he told school board members. “I think the biggest part of it was the application process talking about not just the school but the school community. I think that is one thing, like a lot of Nederland schools, that Langham really has going for it. The community, the PTA and those people around us are very supportive and really involved. It just kind of all works together to make it happen.”

Kieschnick presented Latiolais with a gift basket and noted the District is greatly appreciative for his and the faculty’s hard work.

Kieschnick’s congratulations were met with applause from those attending Monday’s NISD School Board meeting.

Schools are eligible for nomination after five years. The Education Department recognizes all schools in one of two performance categories, based on all student scores, student subgroup scores and graduation rates:

Kieschnick previously noted Langham’s long-standing reputation of high performance, adding “we expect nothing but the same moving forward in the future. We continue to have a committed staff that is willing to do whatever it takes to support our students.”

PHOTOS: Nederland principals get ready for their close-up

October is National Principals Month, and the Nederland Independent School District Board of Trustees and administrators recently recognized the district’s... read more