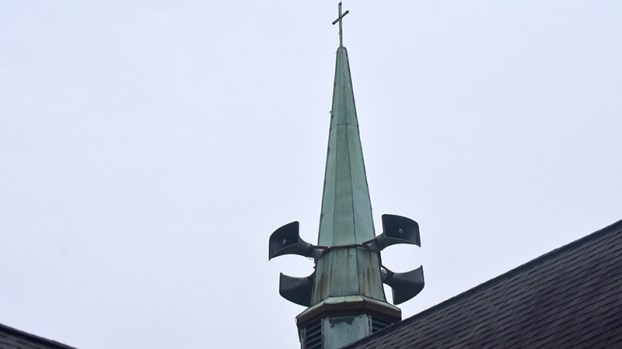 GROVES — First United Methodist Church of Groves has had its day in court, and prevailed, when city prosecutor Jesse Branick opted to dismiss the case and municipal judge Mike Simon approved a motion for dismissal in the noise complaint.

And while this particular noise complaint — which was launched by an unnamed man who lives near the church — has been ruled upon, it is up to the city council to make an exemption in its noise ordinance if the board members choose.

The agenda for 5 p.m. Monday at Groves City Hall includes discussion of the noise ordinance as it pertains to church bells in the city of Groves.

Doye Tomplait, a 40-year member of the church, said paperwork was sent to the church by their attorney, Jonathan Juhan, who voluntarily took the case as well as received a call from Groves City Marshal Norman Reynolds Jr. informing them of the news, as well.

“We were excited that the case had been dismissed but also knowing the Groves City Council still needs to amend the (noise) ordinance to exempt the church bells,” Tomplait said, adding it’s possible for another noise complaint to be filed. “I guess it comes down to interpretation of the noise ordinance.”

Persons who want to support the exemption now have a chance to let city council know, he said, referring to the upcoming meeting.

The city of Nederland has an exemption in its noise ordinance for “bells, chimes or carillons while being used for religious purposes or for national celebration or public holidays,” according to information from the city of Nederland.

The city of Port Neches does not have an exemption for church bells in its ordinance, City Manager Andrè Wimer said.

The community has a chance to help a Port Arthur family grieving the senseless loss of a loved one. Just... read more