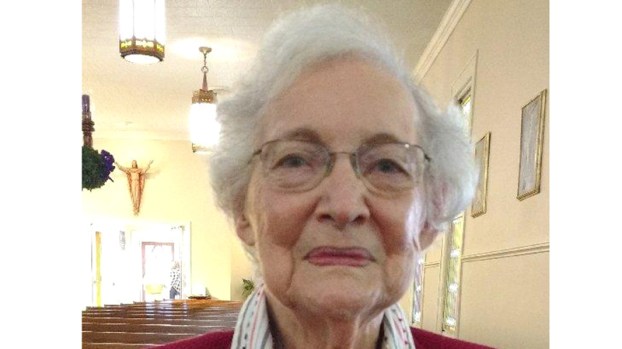 Shirley Marie Blanchard Jeanis, 91, of Port Arthur passed away on Wednesday, October 14, 2020 at Baylor Scott & White Medical Center in
McKinney, TX.
She was born in Cankton, LA on November 1, 1928 to her parents, Lucius Joseph (Lee) Blanchard and Amy Ann Savoie Blanchard.
The family moved to Port Arthur in 1939 and from then on, Shirley was a lifelong resident of the area.
She was a longtime member of St. Therese, Little Flower of Jesus Catholic Church in Port Acres, where she was active in the Altar Society.
She worked as a machine operator for the Texaco Island starting in 1947, retiring in 1983.
During her time with Texaco, she became a member of the Workmans’ Committee, was on the Board of Directors of the former Texaco Port Arthur Workers’ Federal Credit Union, and was a member of the former Oil, Chemical, and Atomic Workers’ International Union.
During the early 1970s, with the backing of the local OCAW and the AFL/CIO, she travelled to Washington DC twice to meet with Texas’ US senators and representatives to lobby for retroactive payments for female Texaco Island employees, who were still being paid a lower wage than men for identical jobs.
The efforts ultimately proved successful.
After retiring from Texaco, she was then employed by Percy’s True Value Hardware in Port Acres for 19 years, where she was then, and to her final days, known to all as “Ms. Shirley.”
Two of her happiest moments in recent years were the surprise 90th birthday parties, one held in Port Arthur by her son Jim and niece Leah, and one held in Waggaman, LA by Jim and her brother Kerny’s family.
In addition to her parents, Shirley was predeceased by her husband, Alfred; son Jody L. Jeanis of Port Arthur; brother Kerny P. Blanchard of Marrero, LA; sister Avril Blanchard Conner of Port Arthur; nephew PAPD Officer Mickey E. Conner of Port Arthur; and niece Melanie Conner Pinell of Groves.
Immediate survivors include her son, Jim Jeanis of Germantown, TN; sister-in-law Mable Blanchard of Marrero, LA; niece Leah Sharmayne
Conner Shields of Little Elm, TX, nephew Terry D. Blanchard of Ponchatoula, LA; nephew Jay M. Blanchard of Marrero, LA; niece Paula Conner Beebe of Lakeside, CA; and niece Joni Blanchard Langlanais of Waggaman, LA.
Visitation will be Thursday, October 22, 2020 from 5:00 PM till 7:00 PM with a rosary to be prayed at 6:00 PM at Clayton-Thompson Funeral Home in Groves, TX.
A Funeral Mass will be celebrated at 2:00 PM Friday, October 23, 2020 at St. Therese, Little Flower of Jesus Catholic Church in Port Acres, TX with Rev. Rejimon George serving as celebrant.
Arrangements for cremation are entrusted to Clayton-Thompson Funeral Home in Groves.
Due to COVID-19 situation we are currently in, all visitors to the funeral home and the church will be required to wear face masks or coverings as mandated by state and county officials.
Jim is requesting, in lieu of flowers, donations be made to St. Therese, Little Flower of Jesus Catholic Church, in memory of Shirley.
You Might Like