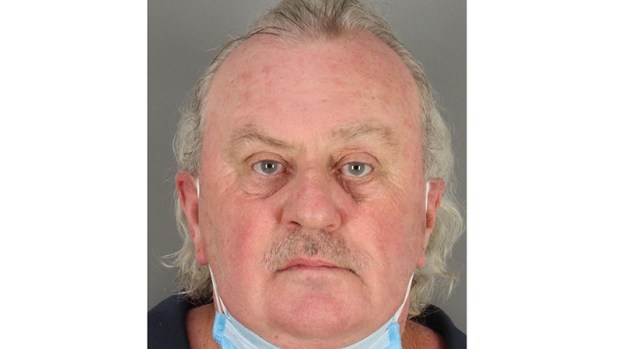 A Beaumont man, angry with his doctor for rescheduling surgery due to him not following preoperative procedures, allegedly used the physician’s cell phone in at least five Craigslist ads, some of which were sexually suggestive.

The doctor and surgeon, who has a practice in Beaumont, alerted the Jefferson County Sheriff’s Office of the crimes, saying they began in May after she learned her name and cell phone number were being used to post personal advertisements on Craigslist.com, according to the probable cause affidavit for Waddell’s arrest.

The doctor told detectives she began getting calls and text messages and when she learned the reason why, she reported the advertisement to Craigslist and it was taken down.

Four subsequent advertisements, three of which she reported resulting in them being taken down, listed her phone number spelled out with letters instead of numerals.

She left the fifth ad posted so it could be investigated.

One of the listings was on Beaumont.Craigslist.com/activities/community under the title “Needing Exercise (Beaumont).” It was originally posted May 28.

“HI, My name is (complainant). My hubby goes to work at 10 pm. This phone is turned off until then. NO EMAILS… want to exercise. Hehehehehe. Hope to hear from you, (phone number spelled out), After 10 pm,” the posting read.

In another ad Waddell reportedly used the doctor’s contact information for free Doberman puppies, no emails, call or text only.

The doctor began getting calls and texts after 10 p.m., causing her to be repeatedly disturbed from sleep. She has since changed her phone number.

The detective corresponded with Craigslist and received two PDF documents, the first with 58 entries mostly requesting females to expose their nude bodies to the poster, the others were complaints about his experience at her place of business.

Phone numbers and computer address were traced to Waddell, the affidavit stated.

The doctor told the detective of the connection between her and Waddell, saying he was a previous patient who sought surgical assistance from her. He failed to follow the established protocol for preoperative procedures and was told his surgery was rescheduled due to this.

Waddell had been given the doctor’s cell number to provide the hospital if she was needed prior to the scheduled surgery.

The detective met with Waddell for an interview, where Waddell said he had a degenerative bone disease with his right hip and a fractured tibia tip and torn ligament in his left ankle.

He was told at that time he was not under arrest and during the interview confirmed his phone number and that he had a laptop computer at home.

He reportedly admitted to having a problem with the doctor and when told the surgery was canceled he asked for a copy of his medical records, saying he was billed $115 for the records, which angered him.

He said he would dial *67 and call the complainant’s cell phone number in the middle of the night for two or three weeks in a row but denied placing the ads or other posts.

He later made a statement to the detective saying he did make the posts.

Waddell was later arrested and has since bonded out of jail.

A transient who reportedly walked down a Port Arthur street swinging a machete at cars and street signs July 24... read more