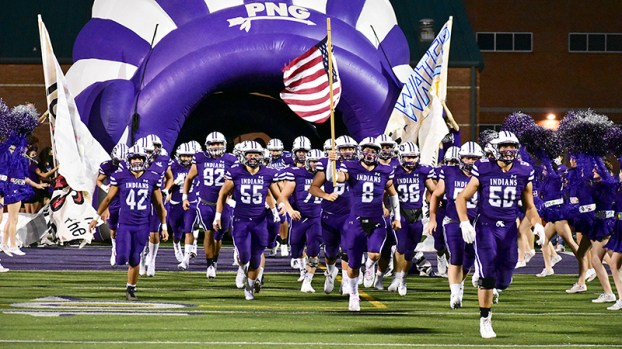 Much like their Mid-County counterparts, the Port Neches-Groves Indians are not wasting the bye week.

Nederland and PNG have bye weeks before squaring off in the Bum Phillips Bowl (Mid-County Madness) Oct. 23.

“We’ll go back and watch the game film for all three weeks,” PNG head coach Brandon Faircloth said. “We’ll see what we did well and what we need to focus on and move on from there. We want make sure we are ready for the next seven games.”

The Indians lost a 30-27 heartbreaker to Tomball Oct. 11 at The Reservation.

The loss moved PNG to 1-2 on the season and was the third-consecutive game decided by one score.

The Indians offense got off to a better start against Tomball closing the first half with a 17-10 lead, but a 20-point third quarter by the Cougars gave the away team a lead it never relinquished.

After the game, Faircloth said the records were wiped clean, adding the entire district is 0-0.

Even with no opponent, the Indians are preparing for district and the district opener against the Bulldogs in particular, Faircloth said.

“We going to practice,” he said. “There are no off weeks around here. This is a work week. Not having a game will be nice. We can continue to work on ourselves and things that we need to get better at. Then, we will go into next week and start getting ready for Nederland.”

Aside from a storied rivalry, the matchup with the Bulldogs will be the first District 12-5A Division II contest for either team.

Coming off their most complete victory of the season, the undefeated Port Arthur Memorial Titans will be the home team... read more