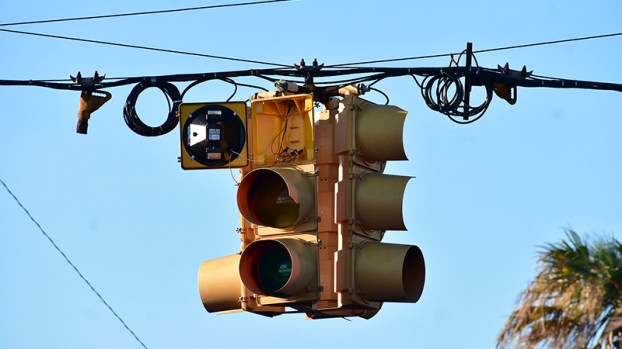 One of many stoplights damaged in Port Arthur hangs over the Gulfway-Rosedale intersection Saturday morning. (I.C. Murrell/The News) 10-10-20

Approximately 180 workers are assisting in the area’s restoration effort.

The sustained wind speeds for the Golden Triangle area ranged from 25 to 59 mph, and the wind gusts ranged from 43 to 81 mph.

The remaining outages are primarily concentrated in the Beaumont, Orange, Port Arthur, Silsbee and Winnie areas.

Based on the very initial damage assessments, Entergy Texas expects to restore most customers in the Beaumont, Orange and Port Arthur areas by Wednesday. There may be some customers in especially hard-hit areas that will be restored by Friday.

Local municipalities began curfews in the aftermath of Hurricane Delta due to the number of power outages in the area.... read more