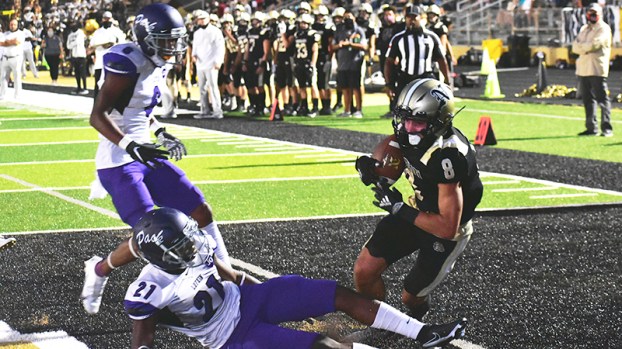 The Bulldogs are traveling to Jacksonville in search of their first win of the season. Kick off is set for 2 p.m. at The Tomato Bowl.

The Indians (0-2), members of District 9-5A Division II, are also in search of their first win after losing their season opener 38-25 to Crandall and last week’s game, 59-8, to Cleburne.

Nederland is coming off a 31-28 loss to Lufkin in its season opener.

Nederland’s band, Westernaires and cheerleaders will not be traveling, according to the school district.

Sabine Pass will have to wait yet another week to start its long-delayed football season.

Hurricane-force winds from Delta have forced the cancelation of Saturday’s home game against Burkeville. The game was to begin the District 12-2A Division II slate for the Sharks, who have lost games against Acadian Home School and Colmesneil due to a lack of players and the effects of Tropical Storm Beta.

A volleyball match between Burkeville and Sabine Pass that was slated for Saturday has been postponed as well. Sabine Pass coach Jason Thibodeaux said Monday is a possible reschedule date for both events.

The Memorial Titans defense put on a show in La Porte, scoring two touchdowns in a 26-3 win over the... read more