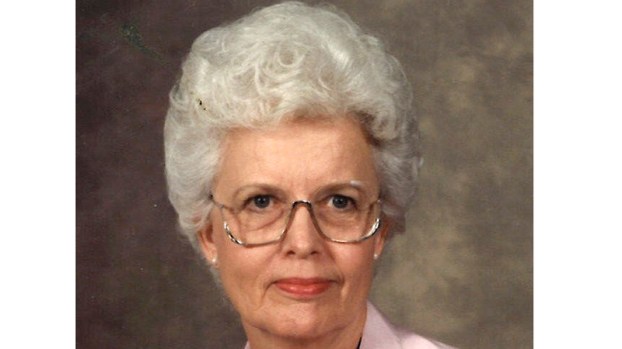 She was preceded in death by her parents and sisters Gloria Hester and Betty Wilson.

In 1944 she moved to Port Neches. TX where her father worked to build a refinery during WWII.

There she graduated from Port Neches High School and went on to Lamar Junior College.

She met Raymond Vallery while working as a bank teller and they married in 1950 and had two daughters, Jody and Jan.

She and Ray were devoted to each other, their family and their church.

They taught Sunday School at Southside Baptist in Port Neches and Oakland Heights in Longview.

They also lived in Bevil Oaks and Corpus Christi and were active their church there.

Mopsy loved to make bread for family and friends, work in all church organizations, spend time with her family and especially travel with Ray.

In 2014, 16 years after Ray’s death, she moved to Buckner’s Independent living and met Kenneth Kent King.

They married in June of 2014 and had four wonderful years together before his death in September of 2019.

Mopsy then moved to the Hamptons in Tyler.

She is also survived by Kenneth’s sons Craig King (Jeannie King) and their children and Gary King (Sonia King).

In lieu of flowers, donations may be made to the Billy Graham Evangelistic Association, 1 Billy Graham Parkway, Charlotte, NC 28201.

A memorial guestbook may be signed online at www.raderfh.com.