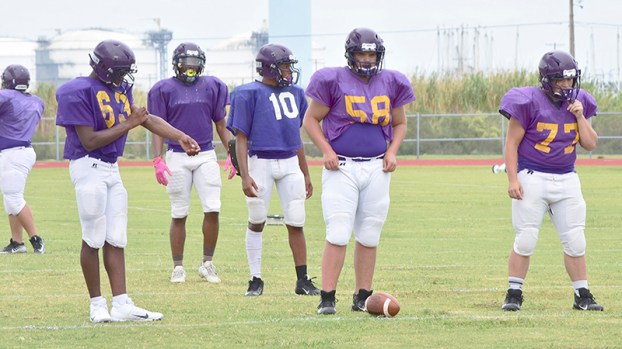 SABINE PASS — Sabine Pass’s season opener against Burkeville will be played on Saturday, if possible, according to Sharks’ head coach Jason Thibodeaux.

The game was originally scheduled for Friday and then moved up to Thursday due to potential inclement weather from Hurricane Delta.

The football game is set for 2 p.m. at Shark Stadium, just across Texas 87 from the campus.

The District 12-2A Division II district game against Burkeville (1-3) will be the first game of the season for the Sharks.

The Sharks had to delay their season due to lack of roster depth, missing their first two contests against Colmesneil and Acadian Home School in September. 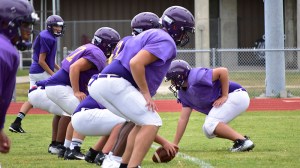 In late September, head coach Jason Thibodeaux announced the Sharks had enough players (16) and would begin the season. During their first game week, Thibodeaux said he expected nothing except more abnormalities.

“Game week has not been normal already,” Thibodeaux said laughing.

He said practices have been more spirited as game day approaches.

“The kids are excited to play a game on the schedule,” he said. “The energy has been different in a good way. Now, they know that we are going to have a season. The seniors have a little more spring in their step since we had some guys come on board.”

Thibodeaux credits the 11 players that have been with the team since practices began during the summer.

Senior receiver/safety/punter/kicker Jeann Zuniga said he was excited for the season to start.

“It feels amazing,” he said. “I just love playing football. It is my favorite sport. I am ready for it.”

Zuniga said he has been locked in.

“I’ve been very serious and trying to be focused at practice,” he said. “We can’t sleep on Burkeville. We don’t know what they have.”

The senior said he is a little concerned about not having games to help prep for district but is ready for an actual game to see what his team is made of.

Thibodeaux said Burkeville’s speed could prove to be a challenge for the Sharks.

The Nederland varsity volleyball team has two new opponents for Friday after a couple of cancelations left a void in... read more