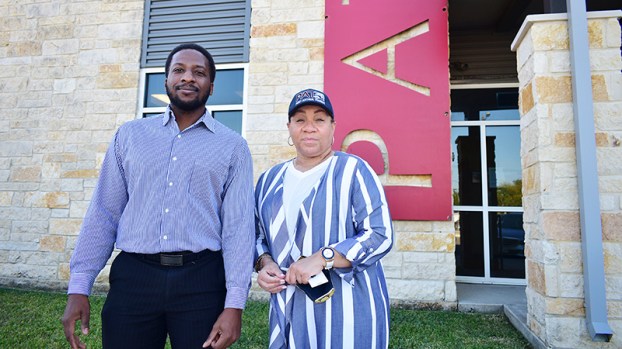 Port Arthur Transit is more than in the business of transporting its citizens; it is inviting contractors to learn about opportunities to assist the city in its capital improvement projects.

“A lot of it comes from the need of, we have a lot of capital projects we need to move forward on,” Port Arthur Transit Director Ivan Mitchell said. “The more bids you receive, the more contractors will be out, the better the contract. The more competition, the better for us.”

A brunch and procurement seminar for contractors planned for Friday has been pushed back to Oct. 16 at 10 a.m. in the conference room of PAT’s administration building at 344 Procter St. Social distancing will be observed.

Expansion projects for other city departments will be discussed.

“In coming to Port Arthur, what I found is that we have a lot of companies that were bidding and winning the bids, but they were overly extending themselves, so we found that projects that take four weeks possibly takes three months,” Tezino-Castilow said. “We’re experiencing quite a bit of that.” 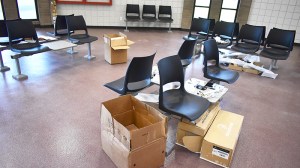 PAT is nearing completion of upgrades to its terminal, which opened in 1986, and it is continuing construction of its $2.8 million maintenance building. PAT has received 12 new gas-powered buses and secured funding for 10 new electric buses.

Tezino-Castilow, who previously worked as a bus and trolley supervisor with the city of Galveston, made the move to Port Arthur to be part of the growth.

“A lot has changed,” she said. “We are revamping everything. What I love about working with Mr. Mitchell is that he’s a forward-thinking person, and it matches my personality. He also wants to see our ridership go up.”

PAT is also working to “reintroduce itself to the community,” Tezino-Castilow said, with soon-to-be expanded operation hours, as well as streetscapes and signage she has planned at the Port Arthur Public Library and other locations. PAT is investing $1.1 million to its bus stops.

Tezino-Castilow said she is working on a marketing partnership with Central Mall to transport those to and from the remodeled B&B Theater. She’s also planning for PAT to introduce routes to employees of local industry’s expansion projects to shopping area.

“It’s reintroducing ourselves to the city of Port Arthur, which is very important to me,” Tezino-Castilow said. “I’ve been getting from my operations manager, Mr. Brad Coleman, the count on what is our ridership. What does it look like? A lot of times when I’m out in the field, I see people walking, and I’ll ask the question, why would they walk and not take the bus. Our fares are very reasonable.”

The basic one-way adult fare is $1.50, with a fare of 75 cents offered to senior citizens, disabled persons, Medicare cardholders and children aged 6-18. Children under 5 ride for free with a paid adult.

“We’ve had some customers request it,” Mitchell said. “At the end of the day, people are rushing to get to the last bus of the day so they don’t miss the bus.”

A Port Arthur man is wanted on warrants for sexually assaulting a child, although local authorities are not releasing many... read more