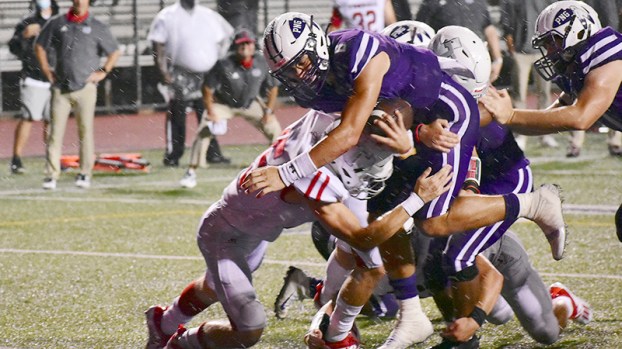 PORT NECHES — A devastating third quarter lifted the Tomball Cougars over the Port Neches-Groves Indians 30-27 at The Reservation Thursday.

Tomball (3-0) scored 20 unanswered points in the third quarter and the Indians (1-2) were not able to produce another comeback.

PNG opened the game with a turnover on downs after crossing midfield. After taking over on their own 33, the Cougars ran eight plays before settling for a 36-yard field goal to make the score 3-0 just over 4 minutes into the non-district contest. 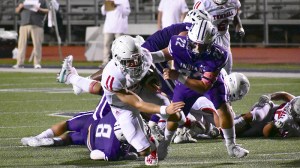 After a punt by each team, Tomball used a pair of big plays (30 yards and 25 yards) to set up a 7-yard pass from quarterback Cale Hellums to running back Jaylen Johnny.

After a PNG field goal tied the score at 10-10, PNG forced a Tomball punt that was shanked out of bounds at the Tomball 47 with 2:42 left in the half. With more than 30 seconds left in the half, and no timeouts, the Indians got the ball to the 1. Bost got the team to the line before finding the end zone on a QB sneak to give the Indians a 17-10 lead at the halfway mark.

A late shot at a PNG comeback was thwarted when the Indians turned the ball over on downs. Bost failed to connect with a triple-covered Nail in the end zone.

On the first play of the third quarter, Hellums took the ball 75 yards. After missing the extra point, PNG still held a 17-16 lead.

A field goal gave the Indians a four-point lead with over 8 minutes left. Tomball put together a 13-play drive that took over 6 minutes to take a 23-20 lead with 1:45 left.

On the ensuing kickoff, PNG’s Brady Nail muffed the kick, which was recovered on the Indians’ 35. Four plays later Hellums ran the ball in from 12 yards out.

Hellums, who finished with a game-high 260 yards rushing on 27 carries and three touchdowns. The Cougars special teams forced a pair of turnovers to help seal the victory.

The Indians have a bye week before visiting Nederland in the Bum Phillips Bowl Oct. 23.

The Nederland varsity volleyball team has two new opponents for Friday after a couple of cancelations left a void in... read more