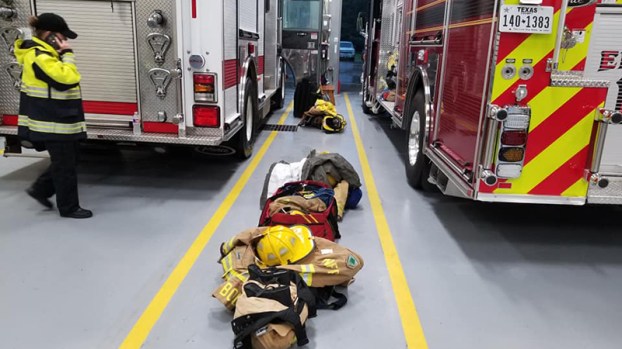 NEDERLAND — The City of Nederland’s newest vehicle costs more than $1.4 million, but city leaders are unanimous in purchase support, citing the safety and well being of residents and visitors.

The new truck is being built to specific Nederland fire department recommendations and in concert with numerous visit and remote approvals.

It may be Spring of 2022 before the truck is received in Nederland.

“This allows firefighters to operate safely from a stable platform, without the risk of being involved in a roof collapse,” Morton said. “This new truck will also allow us to operate the platform at 20 degrees below grade with a 1,000-lb. load capacity.”

Everything about the new truck is an upgrade, according to Morton, who cited safety features such as airbags, full functioning seat belts, rear and side view cameras and perimeter lighting.

The biggest operational upgrades are the work platform attached to the end of the ladder and the additional length of the ladder, going from 75 to 100 feet. Pump capacity increases from 1,500 to 2,000 gallons per minute.

“A lot of innovation has taken place in the last 33 years,” Morton said. “The new 100-feet ladder-platform truck will serve the citizens, businesses and visitors of Nederland and the surrounding areas for many years to come.”

The purchase price was paid upfront, discounting the purchase $53,998, according to city officials.

Nederland signed a contract this summer to provide fire services to Jefferson County Emergency Services District #2; the cost for those services was $160,000, which was utilized toward the purchase.

Duque said Nederland also used a $10,000 donation from Sunoco for the purchase.

“A transfer-out from the General Fund covered the majority of the costs,” Duque said. “These funds are from greater-than-anticipated revenue, such as sales tax. … The City did not have to issue debt to fund this ladder truck. And the purchase will not affect the tax rate or other City department budgets.”

Officials have long stressed the need for the Nederland Fire Department to address the ladder truck, with Duque noting former Chief Gary Collins discussing the condition of the vehicle in the early 2010s.

Replacing a pumper truck was identified as a greater priority in 2018, and the City was able to fund that purchase without issuing debt or impacting the tax rate.

The need to address the ladder truck did not subside, Duque said.

“During the budget process, the fire chief and I continued discussing replacing the truck,” Duque said. “I believed it was necessary to make a definite decision on the future of the ladder truck and recommended purchasing a replacement. During the budget workshop, the City Council discussed how to finance the purchase.”

Approximately 1,973 children and youth are reported as missing from foster care in any given year, according to an annual... read more