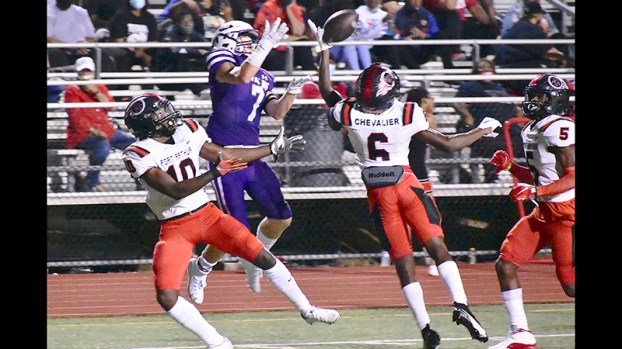 Elton Anderson III (10) of Memorial helps to break up a pass against Port Neches-Groves in a Sept. 25 overtime victory. (I.C. Murrell/The News) 9-25-20

Elton Anderson III has a deep inner drive and determination moving him toward his goals.

Anderson, 17, is a senior attending Woodrow Wilson Early College High School working on his associate’s degree in science while working a full-time job and maintaining a 4.3 grade point average.

Upon graduation he will already have 60 college credit hours and be a junior in college.

His schedule is quite busy.

He wakes early and goes to work, then to football practice by 2:30 p.m. or so. After that he begins schoolwork, which is some time around 6:30 to 7 p.m.

He is currently doing his course work online due to COVID-19 restrictions.

His inspiration for success is his mother, who is a working mom, he said. 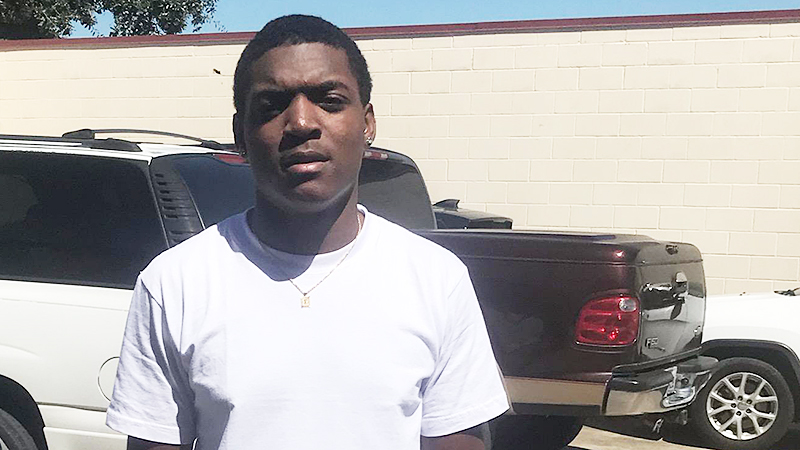 “She provides anything I need and more,” Anderson said of his mother, Antionette Anderson.

Elton Anderson has his sights set on becoming a mechanical engineer.

“I’m really interested in math and I like building things,” he said. “I went to engineering camp at Lamar (University) and liked the idea of mechanical engineering and making bridges.”

One of his goals is to obtain a bachelor’s degree in mechanical engineering.

He has been involved in sports since a young age, playing football since age 4 and then basketball at age 8. He is currently a strong safety for the Memorial Titans.

Antionette Anderson is one proud mama.

She explained Elton was in the top 10 of his class while in middle school and has kept his grades up while working and playing football.

She has seen the hard work her youngest child has chosen to do. This senior year, she said, is bittersweet.

“I’m heartbroken cause this is his last year and overwhelmed,” she said. “You see your child growing and you don’t know all of the things you instill in them until you see them grow. I look at him. He’s 6-foot-1. I look at him and I look up.”

Last year Anderson worked with the City of Port Arthur’s Parks and Recreation Department as a lifeguard and is certified in CPR. The pandemic led to the closing of the city’s parks and the pool, so he sought another job.

From there he worked at Walmart, she said, but due to his football practice schedule conflicts, he had to stop working temporarily. Then he got the job at Jack-in-the-Box that is working with his class and football schedules.

The mom said Anderson bought all of his school clothes except for a backpack – something he did not have to do.

Antionette called her son a “sponge,” referring to how he soaks up knowledge — something she noticed from a very early age. Back when he made the top of his middle school class, he wasn’t sure his GPA was that good.

“I said, Elton, with your brain you can do anything,” she said.

Anderson is ready to work for his goals in life. He sees himself as a future successful businessman with a family and children, a good father, a good husband and good provider.

Residents in 30 of Port Arthur’s 40 precincts who vote on Nov. 3 will have to fill out one ballot... read more