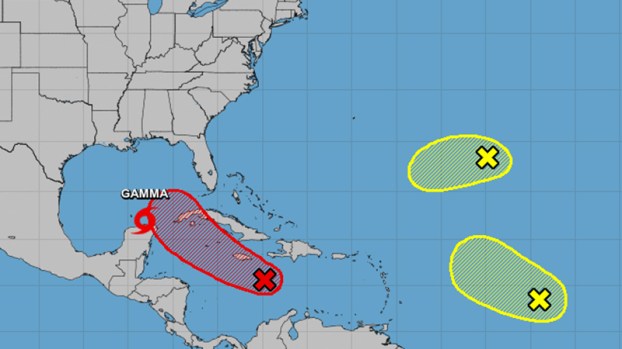 A tropical wave, accompanied by a low-pressure system, is located over the central Caribbean Sea a couple of hundred miles southeast of Jamaica.

The associated shower and thunderstorm activity is beginning to show signs of organization.

Environmental conditions are expected to be conducive for additional development, and a tropical depression is likely to form within the next day or two.

The system should move west-northwestward at 10 to 15 mph across the central and western Caribbean Sea Sunday through Tuesday, and then move into the southern or southeastern Gulf of Mexico on Tuesday night and Wednesday.

Heavy rainfall and gusty winds are possible across portions of Hispaniola, Jamaica, Cuba and the Cayman Islands during the next few days, and interests on those islands should monitor the progress of this disturbance.

Approximately 1,973 children and youth are reported as missing from foster care in any given year, according to an annual... read more