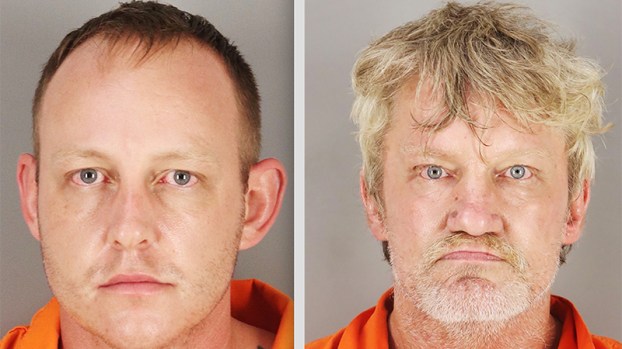 Terry Allen Tubbs, 33, and Michael Shane Socia, 49, are behind bars for the July theft of numerous brass gravesite vases from Greenlawn Memorial Cemetery in Groves and Oak Bluff Cemetery in Port Neches.

According to the probable cause affidavits for Tubbs and Socia, employees with Greenlawn Memorial Cemetery, 3900 Twin City Highway, contacted the Jefferson County Sheriff’s Office to report approximately 23 brass gravesite vases missing from the cemetery. Two days later Port Neches Police responded to Oak Bluff, 618 Block St., in reference to a similar theft. It was later determined 108 vases were missing off gravesites.

Detectives learned Tubbs sold 342 pounds of yellow brass vases for scrap to J3 Metals in DeRidder, Louisiana, in early July. Tubbs reportedly was with another male who attempted to make the sale but had no identification, so Tubbs completed the sale.

They reportedly went back a second time to the Louisiana business but were denied.

On July 16, a Port Neches detective received a phone call from a person at J3 Metals in Vidor saying someone attempted to sell scrap vases that had been cut down on July 10, just one day after the Port Neches theft.

Video of the attempted transaction allegedly showed Socia with large, round, cloth containers and one plastic container holding the items.

Socia told detectives he acquired the property from another person who asked him to scrap them. Consent was given to search the property and the containers with vases were found 20-30 yards from Socia’s residence.

Prior to Socia allegedly trying to sell the items, a man in a U-Haul truck identified as Terry Allen Tubbs had pulled in to the business and Socia had stopped to talk to him after being denied the sale.

Detectives also received a call on July 24 from a Jasper County deputy saying more vases were found about a mile from Socia’s home that had been dumped in the woods. A total of 85 complete cases were found.

Tubbs is in the Jefferson County Correctional Facility on two counts of theft, each with $60,000 bonds.

Their indictments are for felony theft handed down earlier this week.

Groves woman 1 of 2 arrested after girl, 16, says she was used as prostitute

A welfare check at a Beaumont hotel led to the discovery of a 16-year-old female believed to be the victim... read more