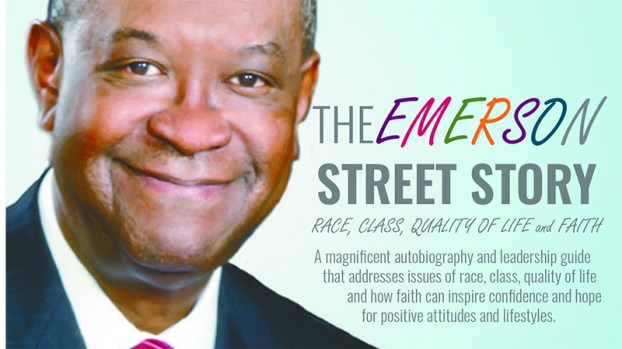 Growing up in segregated Austin, Johnny Brown envisioned equality would one day mean equality for all.

“I wonder, and I continue to wonder, about the reason people treat others a certain way based on [social] class,” Brown said. “I thought about what role I could play to influence society to help people enjoy a better quality of life and stuff like that.”

Brown did play a key role in the history of what is now Texas State University in nearby San Marcos, becoming the first black student-athlete at the school and playing basketball there for three seasons. He then began a long career in education, including a run as the first head varsity basketball coach at the present L.C. Anderson High School in Austin and eventually Port Arthur Independent School District superintendent from 2006-13.

Now 72 and an adjunct professor at Lamar University, Brown writes about his reflections on early life and ideas for educating children of today in his debut book, The Emerson Street Story: Race Class, Quality of Life and Faith.

The book also gives readers suggestions on how to move schools toward a better academic system for all children, which can lead to a higher quality of life.

Published by Author House, The Emerson Street Story is available at AuthorHouse.com, Amazon.com, BarnesandNoble.com and BooksaMillion.com. Brown is writing three more books spinning off from this publication.

Emerson is the name of the street where Brown grew up. The neighborhood there was torn down when Brown was in grade school, and the street no longer exists. Where Brown’s house stood is now where first base at the University of Texas’ baseball stadium lies.

“It was a shock to my family,” Brown said. “They called it urban renewal, and now it’s gentrification. We didn’t have the money based on the sale to transition as smoothly as it should have worked because we didn’t get the fair value.”

A graduate of the original L.C. Anderson High, Brown grew up in a family that he said didn’t have much money, just “barely enough to make ends meet.”

Brown writes about his life as a student in segregated schools, noting he never saw a new textbook, new school building or new furniture.

“School and family life were full of love and encouragement and support and inspiration to help prepare students and children toward a better quality of life that would propel us toward that end,” he said. “You can go through struggles, but that’s no excuse to not be successful in school and in life.”

Brown proved that, earning his doctorate from the University of Texas in 1991.

Brown also uses 10 biblical verses to supplement each concept addressed in The Emerson Street Story. The concepts are based on Brown’s tenets behind his Winners Always Practice Program, a set of tips on winning strategies for sports games and for life.

In addition, CORE seeks initiatives to address education and development opportunities, voter registration and voting and policing and community relations.

“I’m very honored by that,” Brown said. “I’ve been around a long time. Some things go with the territory. People who are younger and paying attention to history but think about how they can take the environment better for student athletes, and to put my name with that, I’m very honored. I really am.”

“When we were developing our committee, one of our staff members suggested honoring Dr. Brown,” said Tracy Shoemake, executive senior associate athletic director at Texas State. “… Dr. Brown’s distinguished career in education and as a civil rights leader made him the perfect honoree for our committee. He is planning to be involved with CORE and we have already ordered his book to share with our students and staff. I look forward to reading it.”

As proud as Brown is of the naming honor, he says he’s more interested in promoting the story and working on three more books as spinoffs.

“I think it’s a story that needs to be told, now that we have so much strife on issues on equity and social justice,” Brown said.

What is currently a highway cloverleaf is likely to become a turbine or spiral type interchange along U.S. 69 and... read more