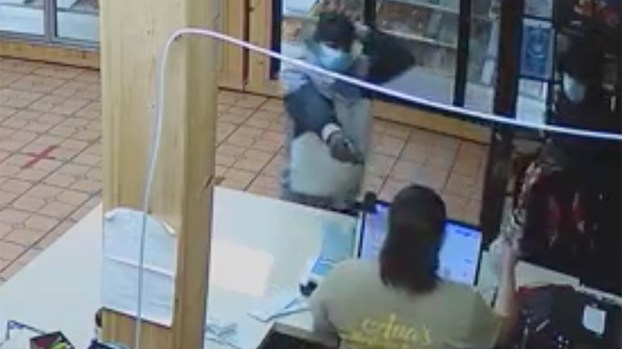 A screen grab of video released by Port Arthur Police of an armed robbery.

Port Arthur Police Department detectives are asking for the public’s help identifying or locating two men who robbed a local bakery at gunpoint a week ago.

According to video and a brief statement released Saturday night, two men entered the Ana’s Mexican Bakery location at 3426 Gulfway Drive at 8:50 p.m. Sept. 19 and demanded money from the front desk cashier.

The robbery included the threat of gunfire and had one assailant jumping on top of the counter in an effort to secure all the cash the business had.

The video showed a robbery that took less than one minute with no shots fired and a calm and compliant victim.

Outside of the video, Port Arthur Police have not released any suspect descriptive information or getaway vehicle information.

PAPD asks anyone with information on the identity of the two males to call Det. Tomas Barboza at 409-983-8650.

Make an anonymous online tip to Crime Stoppers by downloading the P3 Tips app on a smartphone. 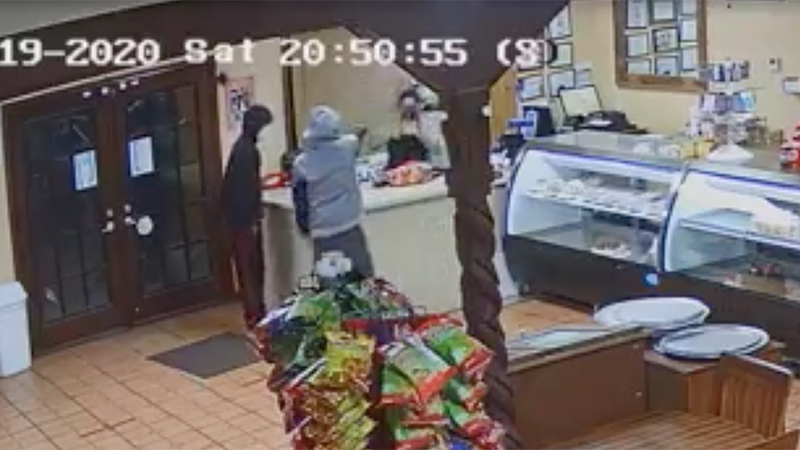 Two men threaten to shoot a cashier during a robbery Sept. 19 in Port Arthur.

The steel grey U.S. Naval Ship Fisher docked at the Port of Port Arthur, along with numerous soldiers, is in... read more