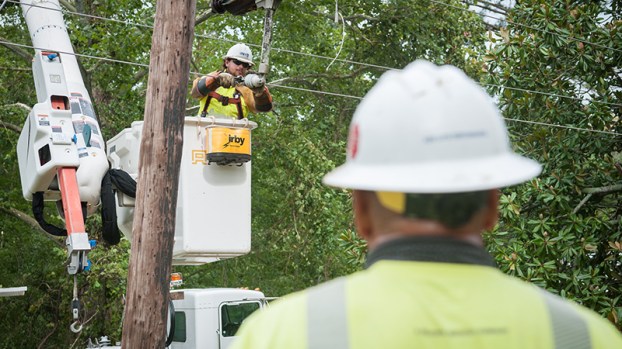 Hurricane damage from super storm Laura could have been so much worse in Port Arthur and Mid-County, especially when seeing the negative impacts suffered by our neighbors in Orange County and southwest Louisiana.

Outside of a tragic run of fatal generator accidents involving exposure to carbon monoxide, local first responders were not called to life-saving actions throughout the storm’s impact or through its aftermath.

That set the stage for another group of first responders — crewmembers from Entergy.

There were massive swaths of power outages across our region, leaving just about every local resident asking, “When is my power coming back on?”

One of the people tasked with answering that question was Frank Shannon.

The Beaumont resident has been with Entergy for 30 years and actually got his start with the company by working out of the Port Arthur office.

“I know those folks that work in that office there on Ninth Avenue are all in on Port Arthur and that Mid-County community,” Shannon told me last week. “Again, that is where I started a long time ago so my heart has always been there. It means a lot to me.” 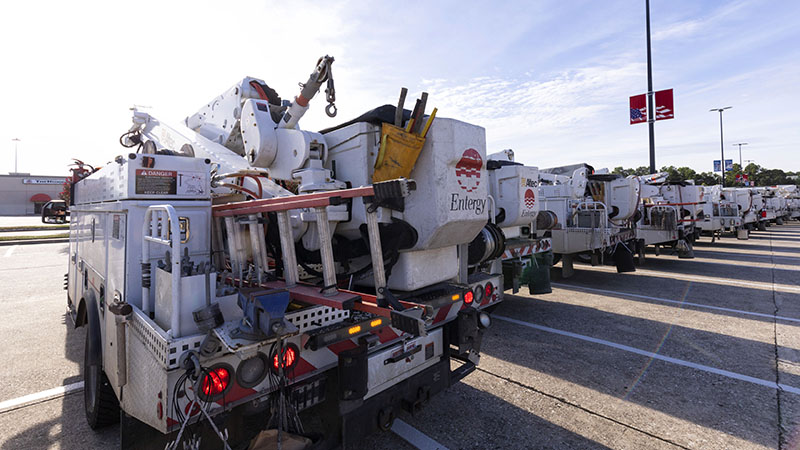 Trucks line up Aug. 27 to respond to Hurricane Laura in Southeast Texas.

At the height of the storm, Entergy Texas had 291,000 customers without power necessitating more than 7,000 workers to respond to the region.

It was a challenge that pushed line operators.

Many local customers had their power restored within days and most within a week.

“I think we’re at our best when the weather and conditions are at their worst,” Shannon said. “Our folks, the hours they put in and the dedication they put in, go beyond the restoration to trying to keep our customers up to date with the most updated information. It was a real commitment by everybody to do this well. I think we did.

“You add in the whole COVID environment we are operating in and that is a challenge that tested us, pushed us a little bit, especially as we’re bringing in thousands of resources.”

Entergy had to answer how to keep response workers socially distanced and safe.

It helped that it was hardly anyone’s first rodeo, with Shannon listing off personal experience with a host of familiar named-storms, including Rita, Ike, Harvey and Imelda.

They also do a lot of modeling based on storm strength and trajectory, which helps officials ascertain the level of resources needed.

Each network’s specific plan includes a checklist of things they should be working through as a storm approaches 72 hours, 48 hours, 24 hours and 12 hours from landfall. It’s helpful for keeping things that are important at front and center.

“Once that storm makes its way into the gulf off of Florida, we’re looking at tracks and we’re in motion making preparations,” Shannon said. “Tracks can shift and things can change, but with Laura in particular, we had several calls during the day with the weather system and the state to talk through the plan and what we were going to do, what we were going to need. We were preparing for the worst, hoping for the best and executing our storm plan.”

That included having relief workers already staged outside the threat zone and others en route to arrive right after the storm cleared.

Each action had a benefit. Once local demands were served, more resources were shared with other still-recovering areas.

It’s the type of first response that no one should take for granted.

Stephen Hemelt is the president of Port Arthur Newsmedia. He can be reached at 409-721-2445 or stephen.hemelt@panews.com.

We’re all given a message to spread. Whether we get down on our knees and ask God to lay one... read more