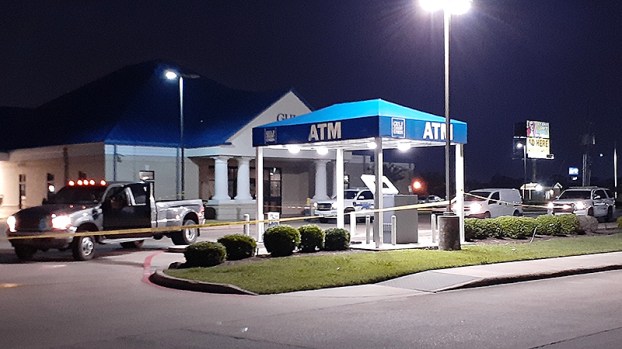 Thieves used a stolen truck and tow-chain to try and steal an ATM at Gulf Credit Union in Port Arthur but fled, leaving the truck behind early Friday morning.

Port Arthur Police Det. Sadie Guedry said authorities received a call at 5:04 a.m. and no arrests have been made.

The suspects were able to get an unknown amount of money from the machine before they left.

At least three Port Arthur Police Department vehicles marked the scene that also included the damaged ATM, which was also taped off.

Guedry said the truck used in the crime was reported stolen Friday out of Pasadena.

There was no crime scene tape at the Groves location Friday morning. 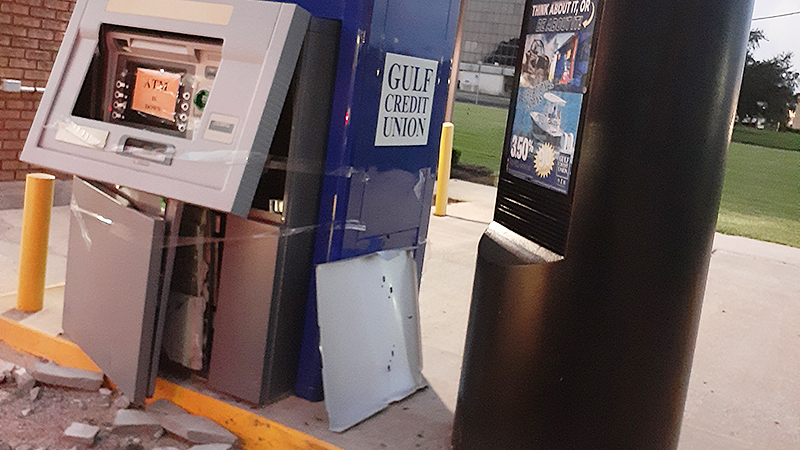 There is serious signs of damage at the Gulf Credit Union ATM at 5140 West Parkway St. in Groves.

A message on the credit union’s website said the Groves, Beaumont and Mid-County ATMs are out of service as criminals are targeting local financial institution ATMs.

“Unfortunately, we have fallen victim to these crimes,” according to the website.

ATM thefts are on the rise. According to KHOU.com, a similar crime occurred Sept. 1 in Houston, where the truck and tow-chain was left behind after the theft.

Closer to home in Beaumont an ATM at DuGood Credit Union on Eastex Freeway was burglarized. No arrests have been made in either of these crimes.

If you have information on this or any other crime, call the Port Arthur Police Department at 983-8600 or Crime Stoppers of Southeast Texas at 409-833-TIPS. You won’t be asked your name and you may be eligible for a cash reward. You can also make an anonymous tip to Crime Stoppers by downloading the P3 Tips app on your smartphone.

A water main break has occurred in the 200th block of Dryden Place. Residents from 9th Avenue to 6th Avenue,... read more