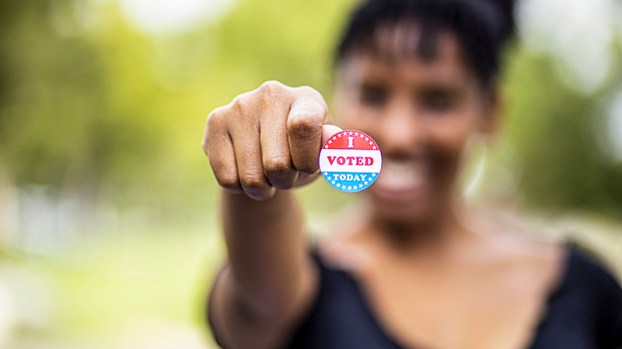 District 3 will either see the incumbent retain his seat on the Port Arthur City Council, a former councilman make his return or a former city firefighter win election for the first time.

In District 4, an engineer and property owner is taking an aggressive approach in an attempt to beat two other hopefuls — a former school board member and mental health professional — in the Nov. 3 council election.

Five of the six candidates participated in an online forum hosted by Terry Savoy-Hadley and Taylor Getwood on Facebook Live this week. For conciseness, this article only highlights some of the talking points by each candidate:

Thomas Kinlaw III is running for a second term on the council and is facing a challenge from process operator Charlie Lewis Jr. and former councilman Morris Albright III.

Kinlaw sits on an Industrial District Agreement committee and is the chairman of the board for the Tax Increment Reinvent Zone, which is trying to attract businesses downtown.

Kinlaw named Lake Arthur and the Babe Zaharias Golf Course as major improvements within his district for which he helped the city obtain funding totaling approximately $7.4 million.

“How you evaluate a council person that’s already sitting, you look at the things that they’ve done since they’ve been serving for the citizens,” he said. “I look at the streets, the drainage and the capital improvements.”

Approximately 15 streets have been reconstructed or remediated within the district, and that hasn’t been done in about 12 years, Kinlaw said.

Lewis, an Army veteran and former Port Arthur firefighter, said his vision for District 3 is to have streets resurfaced every three years, ditches cleaned each spring, parks and other recreational amenities improved, fire and police departments upgraded and sufficient lighting for vehicle and pedestrian traffic during “hours of limited visibility.”

“Everything that attracts our children away from Port Arthur to the city of Houston, we can start incorporating those nice parks with the rest area-style restrooms and vending machines instead of port-a-potties where we have all our family reunions and class reunions at Barbara Jacket Park, and just updating our city as a whole,” Lewis said. “Also for police and fire, taking care of those who serve us and our city here in the city of Port Arthur, making sure they have equipment — updated equipment — and updated classes and continuing education that they need so they can be ahead of the curve instead of behind the powerball.”

Albright did not participate in the forum.

Greg Richard, an engineer and property owner, did not pull any punches during his talk time against his opponents.

He called out former Port Arthur Independent School District board member Kenneth Marks when chastising the district for poor academic performance and said Jonathan Sanchez is “wet behind the ears.”

The three men are jockeying for the seat currently held by Harold Doucet, who is not running for re-election.

“The city of Port Arthur will get exactly what it deserves on Nov. 3,” he said. “I hope you understand what I’m talking about.”

Richard wants to help the city improve its drainage system, noting he lost three properties during Hurricane Harvey in 2017 and rebuilt all three. He also hopes to establish an office of labor and environmental compliance in Port Arthur if elected.

Marks, who served on the Port Arthur ISD board from 2006-12, spoke before Richard and did not respond to being called out.

“It’s possible we may have six new city councilmembers,” Marks said. “And with that, we’re actually going to have to work with the city manager, secretary and all departments to make sure we, as new city councilpersons, are brought up to speed with what the city has prioritized as their path for infrastructure or any other ideas the city is moving on.”

Marks added he was among the first citizens who met with government officials following Hurricane Harvey at New St. John Baptist Church.

“Port Arthur quickly grew because of all the refineries and potential work that was here,” Sanchez said. “It quickly made this small town one of the bigger cities in this area, and the city of Port Arthur can’t handle all the people currently here and all the people expected to come with all these expansions currently proposed. That is the big basis of my platform, is to really focus on the streets, the sewers, the drainage, but with all the being said, we have to make sure the funds we have for these projects are being allocated correctly.”

A Port Arthur woman that police believe robbed a convenience store while wearing a medical mask and latex gloves has... read more