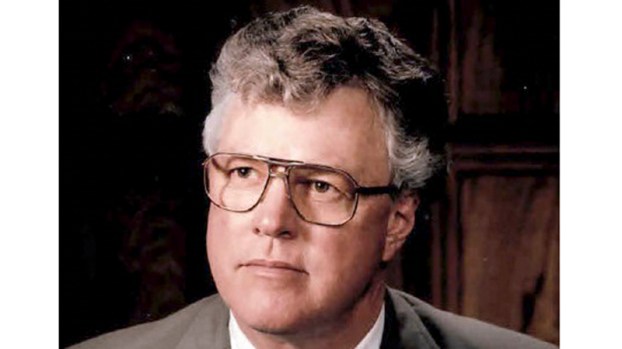 Perry was born January 5, 1932 in Denver, Colorado to W. Perry and Gertrude McPherson.

He graduated from Highland Park High School in Dallas, attended Rice University and received a law degree from Southern Methodist University, where he met his wife Ann Nolte McPherson.

After finishing at SMU, he served in the Navy before settling down in 1958 to practice law in Port Arthur, Texas, with a career spanning almost 60 years.

He was a compassionate and generous attorney, receiving the Blackstone Award for his long and distinguished career.

Perry was very active in the Port Arthur civic community.

He was twice president and a many year board member of the Port Arthur YMCA.

He was president of the Port Arthur Kiwanis Club and Lieutenant Governor of the Division 10 of the Texas-Oklahoma District Kiwanis.

He was also very active in several churches over the years, most recently Holy Trinity Episcopal Church in Port Neches.

His hobbies included golf, fishing, and playing low stakes poker and gin rummy with his friends.

He also spent many summer vacations with his extended family in his beloved Colorado mountains.

He was devoted to his grandchildren and loved to take them to get haircuts whenever they visited him.

Besides his wife Ann, Perry is survived by his sister, Sandra Hicks; son Eddie McPherson and his wife Karen; daughter Lynn Bucknall and her husband Chris; four grandchildren, Brian, Elliott, Will and Holly Bucknall.

His surviving nephews are John and Michael Hicks. Last but not least, he is survived by his loyal dog Max.

We are so grateful to all of his many wonderful caregivers, including Mary, Marie, Aricka, Bonney, Francine and especially Angie.

We offer many thanks to the caring and compassionate staff at Christopher House for serving him in his last days.

Because of the current pandemic, at this time we will honor Perry in our hearts.

Memorials may be made in honor of Perry’s life to the Port Arthur YMCA, Holy Trinity Episcopal Church, or another charity of your choice.

Remembrances may be shared at www.wcfish.com.